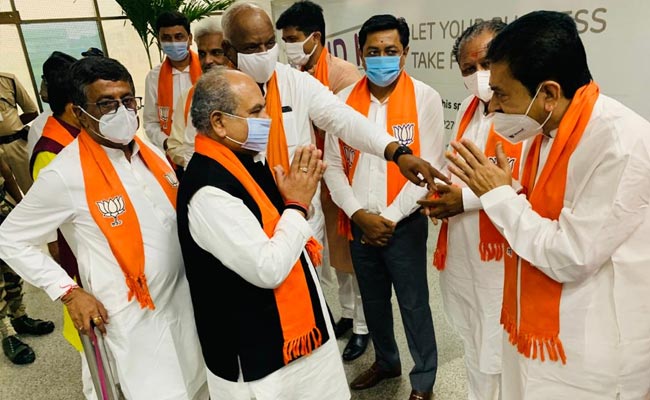 A day after the exit of Gujarat Chief Minister Vijay Rupani and his cabinet, the state BJP legislators are meeting today to discuss his successor. Mr Rupani stepped down yesterday without citing any reason. The state’s development, he said, should carry on under “new leadership” and Prime Minister Narendra Modi’s “guidance”.

“I will hold consultations with Gujarat leaders, then the central leadership will take a decision,” Union Minister and the BJP’s central observer for Gujarat, Pralhad Joshi, was quoted as saying by the news agency ANI.

The 65-year-old resigned as Chief Minister on Saturday, 15 months ahead of assembly elections in the state, in what is being seen as a course correction by the BJP.

There is speculation that his handling of the second wave of the Covid pandemic is one of the reasons for the hard reboot ordered by the Central leadership.