Scientists have said that the 10-ft long whale that was washed ashore at Mogaveerapatna in Ullal, off Mangaluru, on Thursday was a False Killer Whale (Pseudorca Crassidens).

According to Prathibha Rohit, principal scientist and head of Indian Council of Agricultural Research’s Central Marine Fisheries Research Institute, Mangaluru, this is the first time a False Killer Whale was found stranding on Karnataka coastline. The earlier incidents of stranding of this mammal was reported in Kerala, Tamil Nadu, and Andaman and Nicobar Islands.

In a statement, Ms. Rohit said False Killer Whales were the largest species of the family of Delphinide that includes dolphins, killer whales, and pilot whales. This species of oceanic dolphin are common in deep tropical to warm temperature seas. They visit coastal waters but prefer remaining deep waters. They are found throughout the Atlantic, the Pacific and the Indian Oceans.

The False Killer Whale, she said, was actually a dolphin. These dolphins have similarities with killer whale in the form of shape, number of teeth, skull shape, and size. This species is often mistaken for bottlenose dolphins, short-finned pilot whales, or long-finned pilot whales.

These species are black or dark grey with while blaze on their ventral side. Adult males range between 3.7 and 6.1 meters in length, while adult females range between 3.5 to 5 meters. They are carnivores and primarily eat fish and squid and have an average lifespan between 57.5 and 62.5 years.

These dolphins are classified as Data Deficient on the IUCN Red List. The ICAR-CMFRI has been monitoring mammals stranding along the Indian Coast for the last 25 years.

Recently, a research project funded by Marine Products Export Development Authority was taken up under senior scientist R. Jeybaskaran to assess the status of marine mammals and species of sea turtles in Indian waters. 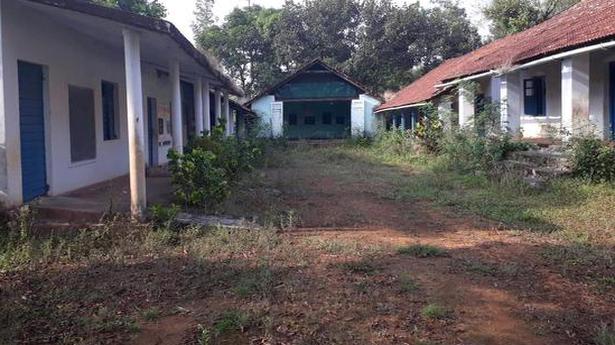 Two injured in a leopard attack in Kutrupady