The Madras High Court has held that the death of city advocate R. Sankarasubbu’s 24-year-old son S. Sathish Kumar, a law graduate, in June 2011 was a homicide and not suicide as claimed by the Central Bureau of Investigation (CBI) in 2012.

A Full Bench of Justices P.N. Prakash, G. Jayachandran and N. Sathish Kumar agreed with the findings of a court appointed Special Investigation Team (SIT), headed by retired CBI Director R.K. Raghavan, that the youngster had actually been murdered.

However, since the SIT could not detect the culprits despite best efforts, the judges directed the Crime Branch-Criminal Investigation Department (Metro) to take over the case and investigate it as and when they stumble upon some clue in the future.

The law graduate had gone missing on June 7, 2011 forcing his father to file a habeas corpus petition (HCP) in the High Court after lodging a police complaint. Initially, his motorcycle alone was located near Integral Coach Factory (ICF) north colony lake.

However, after the filing of the HCP, the victim’s body was found floating in the lake near ICF Railway Police rest room on June 13, 2011. A post mortem conducted by a team of three doctors found him to have died of shock and haemorrhage due to cut injuries in the throat.

Thereafter, at the instance of the petitioner, the court ordered a CBI probe into the death. After filing periodical status reports in the court, CBI concluded that it was a case of suicide and sought permission to file a final report before the magistrate concerned.

Not satisfied with its conclusion, the court on December 7, 2012 constituted a SIT which in its 24th report, filed on December 5, 2017, concluded that the death was due to homicide. It however, stated that the accused could not be detected despite best efforts. The SIT also recommended penal action against six officials attached to State police and two attached to CBI for alleged lapses in investigation. State Public Prosecutor A. Natarajan opposed the recommendation on the ground that the local police probed the case only for eight days.

Finding force in his submission, the Full Bench held that it could not order penal action against those officials without affording them an opportunity of hearing. Therefore, it left it to the Centre as well as the State government to take a call on the basis of the SIT’s report.

After directing both the CBI as well as SIT to file their final reports before the Additional Chief Metropolitan Magistrate (ACMM) at Egmore here, the Bench ordered that copies of both reports, along with annexures, must be served on the habeas corpus petitioner.

Making it clear that the CBI was being directed to file its report only to enable serving of copies on the complainant, the judges ordered that the Magistrate should not accept the CBI’s final opinion since they have declared the death to have occurred due to homicide.

The CB-CID (Metro) was directed to take over the probe and file status reports once in four months before the ACMM. 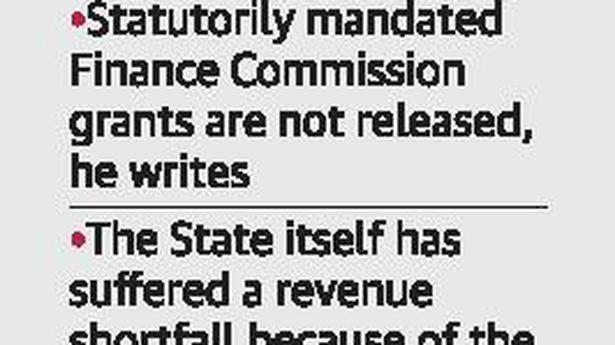 One thought on “Death of advocate’s son was a homicide, not suicide, rules HC”