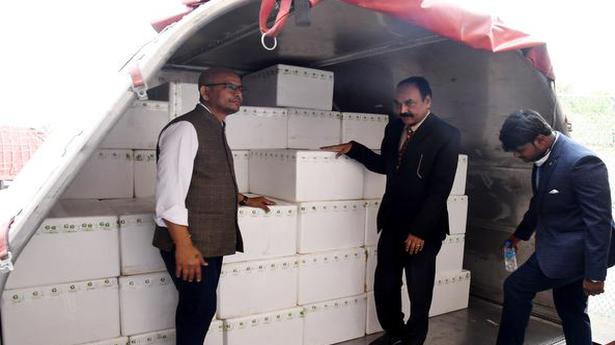 
The first dedicated freight service from Vijayawada International Airport began on Saturday with the SpiceJet’s cargo service, SpiceXpress, taking off to Kolkata with goods weighing about 15 tonnes.

The scheduled cargo service aircraft, which will be operated thrice a week, was given the traditional water cannon welcome at the airport.

Speaking on the occasion, Mr. Madhusudhana Rao said the cargo terminal operation had begun in 2018, and only belly cargo transport was going on since then.

Though a freight service was operated now and then during the past one year, this was the first-ever dedicated service, Mr. Rao said, and added that it was a milestone in the history of the airport.

He said that goods could now be transported to far off destinations in a matter of hours, which, otherwise, used to take a couple of days by road or rail, he said.

“This is hugely beneficial for businessmen, farmers, aqua farmers and others within 200 km of the airport,” he added.

The first freight service took off with 15 tonnes of shrimp, and SpiceXpress would be able to transport up to 40 tonnes in various aircraft, Mr. Rao said. The cost of freight transport would be around ₹120 per kg, he said.

Pedestrian killed after biker crashes into him 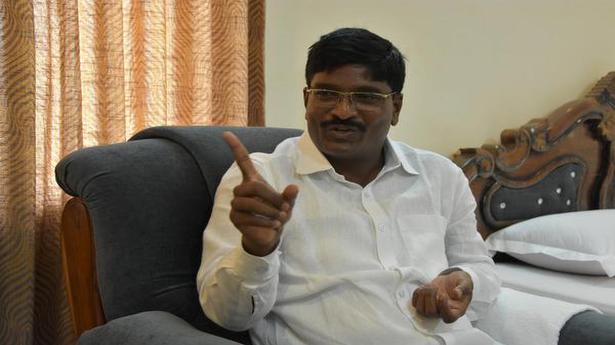 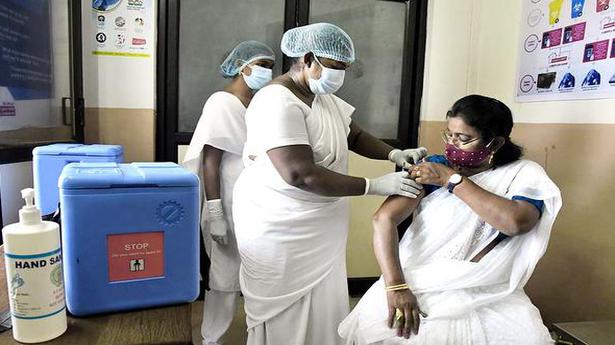