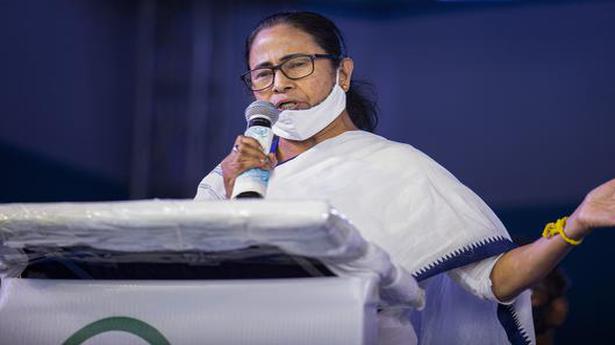 
West Bengal Chief Minister Mamata Banerjee on Wednesday came down heavily on the leaders who have defected from her Trinamool Congress (TMC) to the BJP, saying they were corrupt and her government would start investigation against such people.

“There are some people who are running from here to there. Those who are involved in corruption will run away. Let then run away… I know very well who is into what. After the Assembly polls, all their shops will be shut down,” she said at a party workers’ convention at Alipurduar in north Bengal.

Ms. Banerjee, who did not name any of the defectors, referred to alleged irregularities in certain appointments in the Forest Department. She had ordered an investigation, she said. Rajib Banerjee was the Forest Minister before resigning from the TMC and joining the BJP. “There is one boy who is making tall claims after going to the BJP. He has run away to the BJP after being involved in corrupt practices. We are investigating irregularities in recruitment of ‘Bana Sahayak’ in the Forest Department,” she stated.

‘Greedy can leave us’

The Trinamool Congress chairperson asserted that there was no place for “greedy and corrupt “people in a party based on the ideals of Maa, Maati manush [mother, soil and people]. “Those who are greedy, the doors are open, they can go… But those who want to remain in the party will have to abide by discipline.”

Describing the BJP as a “washing machine”, which turns those with allegations of corruption into ‘white’, she accused it of paying money to dissenting TMC leaders to bring them into their fold.

Exhorting the party workers to take a pledge to drive the BJP out of the State and the country, Ms. Banerjee who is on a four-day visit to north Bengal, said the BJP would not win much seats in States, except those where the Left and Congress had won in the past.

Ms. Banerjee also raised the issue of migrant workers’ plight during lockdown and the ongoing protest by farmers in Delhi.

“Those corrupt in the TMC who joined the BJP were being taken in a chartered flight, but the government could not pay the fares of migrant workers returning to their States,” she said.

The BJP leadership in the State raised questions on why did Ms. Banerjee did not act against these leaders when they were with her party.

“We want to know how many more such leaders are there in the TMC against whom there are allegations of corruption and the Chief Minister is aware of that,” BJP vice president Joy Prakash Majumdar said. 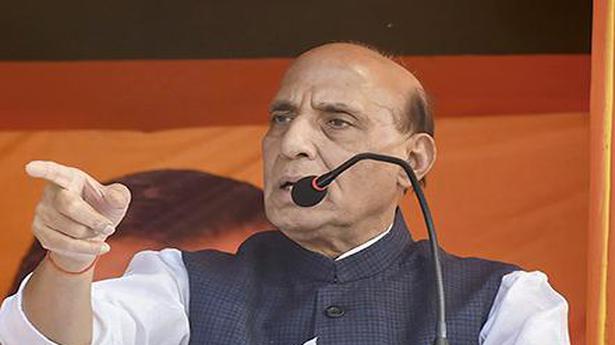