Even though the Public Works Department is seeking to speed up the work on the Hill Highway project, the delay in getting the approval to lay the road through forest regions is holding up the work.

The 1,251-km Hill Highway, which is being constructed at a cost of ₹3,500 crore, will pass through 13 of the 14 districts, the exception being Alappuzha. The PWD is facing major problems in places such as Kottayam, Idukki, Ernakulam, Muvattupuzha, Thrissur, Malappuram, Wayanad, Kozhikode, and Kasaragod where the proposed highway will cross forest land.

Ms d’ Cruz said the 12-metre-wide highway would have a 7-metre tarmac and a 1-metre-wide walkway on both sides. “With conditions such as free surrender of land and the delay in getting the approvals, we are not sure how long it will take for completing the Hill Highway project,” she said.

In Kasaragod district, the highway would cross the two forest regions of Marutham and Pandi. While 0.61 hectare was required in Marutham, 4.332 hectare in two stretches would be needed in Pandi, said K.P. Vinod Kumar, PWD executive engineer in Kasaragod.

D.K. Vinodkumar, Chief Conservator of Forests (Northern Circle), said the his department was not against constructing the Hill Highway. The delay in granting pprovals had happened due to technical reasons.

There has also been support for the project from various quarters, including local residents. Raju Kattakayam, president of Balal panchayat, who led several protests demanding the completion of the project, said that the Hill Highway through the region would improve tourism activities, provide employment to the local people and lead to an increase in the land value.

However, environmentalists have strongly opposed roads and other development activities in forestland.

Advocate Rajendran, president of the Kasaragod District Environmental Protection Committee, said that the Western Ghats and connected forests were being destroyed in the name of development. “The work was being carried out without getting the Environmental Impact Assessment done.” 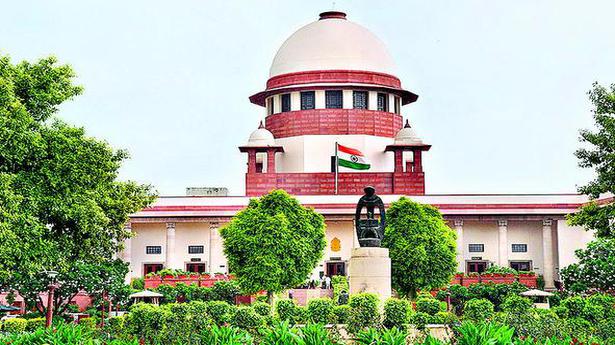