The High Court’s order came on a petition by star table tennis player Manika Batra, who was left out of the Indian contingent for the upcoming Asian Table Tennis Championships in Doha due to the mandate.

The Delhi High Court on Thursday stayed the mandate of the Table Tennis Federation of India (TTFI) on compulsory attendance at the National Coaching Camp in order to be selected for international events.

The High Court’s order came on a petition by star table tennis player Manika Batra, who was left out of the Indian contingent for the upcoming Asian Table Tennis Championships in Doha due to the mandate.

Justice Rekha Palli also asked the Centre to conduct an inquiry into Ms. Batra’s complaint against the TTFI. Ms. Batra, who is the highest ranked Indian woman player internationally, had alleged that on one occasion, national coach Soumyadeep Roy put pressure on her to “throw away a match” to enable one of his personal trainees to qualify for the Olympics 2020.

The 26-year-old said she not only refused to comply with such an “unethical, illegal and immoral request”, but also immediately communicated this to the Adviser, TTFI.

The High Court said the rule mandating compulsory attendance at the national camp has been enforced “at a point when there was a complaint pending against the national coach” and the same “does not inspire confidence”.

The High Court said it was not appointing any committee to look into the issues at this stage while directing the Centre to submit the inquiry report in four weeks. It will hear the case again on October 28.

Additional Solicitor General Chetan Sharma, representing the Centre, stated that the federation’s rule on compulsorily attending the national camp defeated merit. Mr. Sharma said that the Centre would initiate an inquiry into the athlete’s allegation.

TTFI’s counsel defended the rule on the ground that such a mandate was also present in other sports, including weight-lifting and judo.

Ms. Bhatra, Commonwealth Games gold medallist and Khel Ratna awardee, in her plea, argued that by virtue of a rule on mandatorily attending the national camp, her chance for the 25th ITTF Asian Table Tennis Championships, 2021 had been scuttled in spite of her fulfilling all merit-based criteria.

Ms. Batra described table tennis as an individual sport, which required specialised training with support staff. “Only the personal coach would know the strengths, weakness, skills and areas that a player should focus on and strengthen. However, these rules do not permit any personal coach / support staff,” she argued. 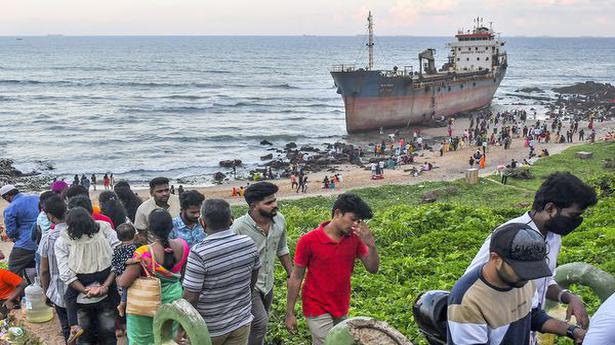 Rush at picnic spots in the district triggers concerns