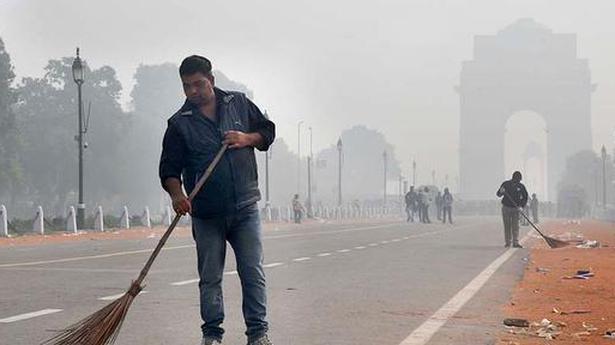 News
February 12, 2021 Divya Bharat 0 Comments and the minimum settled at 10.2 degrees Celsius, The maximum temperature in the Capital was 27.4 degrees Celsius, which is four degrees warmer than normal for the season


The maximum temperature in the Capital was 27.4 degrees Celsius, which is four degrees warmer than normal for the season, and the minimum settled at 10.2 degrees Celsius on Friday.

The maximum temperature, according to the forecast by the IMD, is likely to rise steadily and touch 30 degree Celsius mark by February 16.

There was moderate fog on Friday morning and dense to very dense fog is likely to lower visibility over the next few days as well. The forecast for February 13 shows “partly cloudy sky with dense fog in the morning”. The maximum and minimum temperatures are likely to be around 27 and 10 degrees Celsius respectively.

Fog is likely to impact most parts of northern India with the forecast saying “dense to very dense fog in isolated/some pockets of Punjab, Haryana Chandigarh, Delhi and Uttar Pradesh in the morning hours of February 13, 14 and 15”.