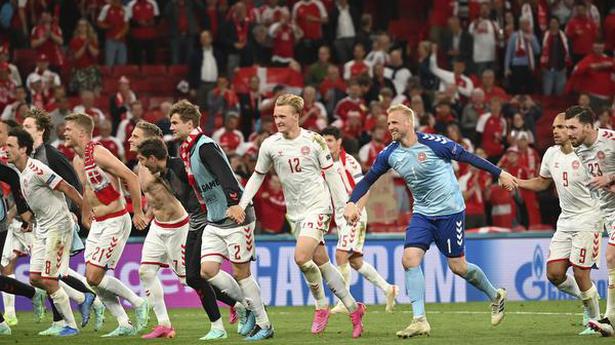 Maehle’s 82nd-minute goal put some extra gloss on a 4-1 win over Russia that gave Denmark second place in Group B and an automatic spot in the round of 16.

After scoring a goal to help Denmark advance at the European Championship, Joakim Maehle walked straight to a TV camera and formed a “10” with his fingers.

That was for Christian Eriksen.

Maehle’s 82nd-minute goal put some extra gloss on a 4-1 win over Russia on June 21 that gave Denmark second place in Group B and an automatic spot in the round of 16.

After Eriksen’s collapse in the first game and two subsequent losses at home, Denmark finally was able to celebrate in front of their raucous and jubilant supporters at Parken Stadium.

“It’s a relief and a redemption,” Maehle said.

Eriksen — who wears No. 10 for the national team — suffered cardiac arrest and had to be resuscitated with a defibrillator. He was released from the hospital on Friday.

Denmark, Russia and Finland all finished with three points but the Danes had the better goal difference. Belgium won the group with nine points after beating Finland 2-0.

Now a meeting with Wales awaits for Denmark in Amsterdam on Saturday. And a tournament that so nearly began with a tragedy could still turn into a triumph.

Given all the team’s earlier misfortune, perhaps it was fitting that they were helped by a massive gift this time. After Mikkel Damsgaard put Denmark ahead in the 38th minute with a looping shot from outside the area, Yussuf Poulsen made it 2-0 in the 59th by pouncing on a massive defensive error. Roman Zobnin tried to play a back pass to his goalkeeper but instead gave the ball straight to the Denmark forward, who could put it into an empty net.

“Every now and then you get lucky and the ball just lands right where you’re standing,” Poulsen said. “I think it’s the first time in my life I didn’t track back, and then I’m handed a gift.”

Russia only needed a draw to advance and Artem Dzyuba got the visitors back in the match when he made it 2-1 from the penalty spot in the 70th.

However, Christensen netted from outside the area in the 79th and Maehle finished off a quick counter to put the game beyond doubt.

After the final whistle, the whole Danish team formed a circle at the center of the field before doing a lap of honor in front of their serenading supporters. 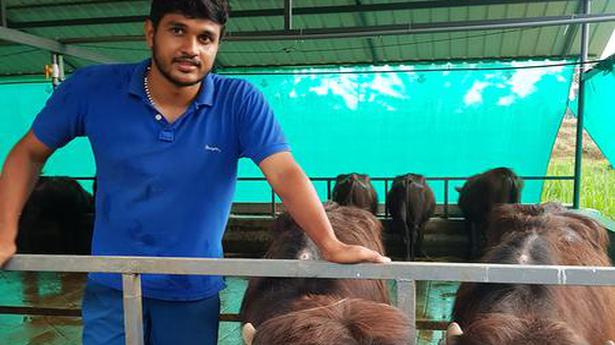 Mathew Thomas, a student, started a buffalo farm during the lockdown

I am never happy with where I am as player, says Stokes on his success mantra