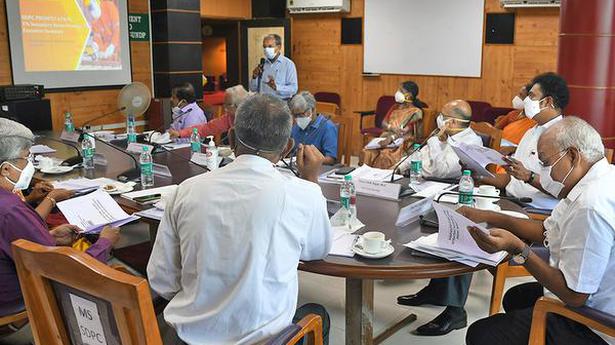 
The State Development Policy Council (SDPC) under the DMK government has resumed meetings with government departments to review their functions and schemes ahead of the Budget session of the Assembly. This is in addition to the review meetings of each department chaired by the Chief Minister.

When the AIADMK was in power, suggestions from the SDPC would be sent to the Chief Minister’s Office directly. There were occasional meetings with the heads of the departments but they were not review meetings, involving other officials, with the Vice-Chairperson.

A total of 24 departments have completed their review meetings with the SDPC so far, and the meetings have been scheduled for the remaining 10, a source at the Secretariat told The Hindu. The Ministers and Secretaries of the departments are also attending the meetings. “About 20 Ministers came for the department-wise review meetings, and only a few could not take part,” the source said.

Short, medium- and long-term plans are reviewed, new ideas are put forth and areas for improvement are spotted. “Earlier, department heads would sit for review meetings only with the Chief Minister and the Chief Secretary… The meetings with the SDPC offer a fresh perspective, which seems to be the primary idea,” an official said.

The SPDC is also asking the departments for future plans. “The feasibility of the plans, the resources required to implement them and the way forward are discussed,” another official said. For instance, when the plan to give millets to school children under the nutritious meal scheme was discussed, it emerged that the shelf life of millets was less and students could not digest them easily. Largescale procurement would be impossible too, the official said. 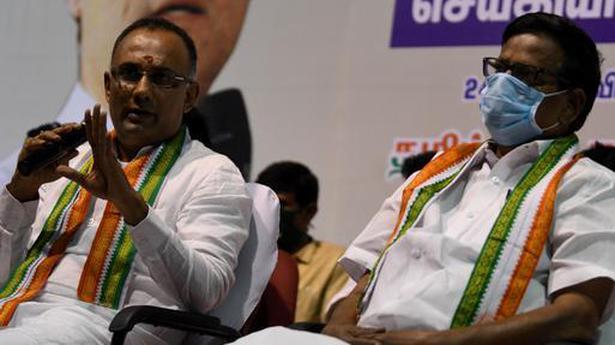