Kalaburagi administration preparing to shift 148 villages, as discharge from Maharashtra is expected to go up to 7.5 lakh cusecs

Though heavy rain that lashed Kalaburagi and surrounding areas for the last two days receded on Thursday, floods continued to wreak havoc along the course of major rivers, especially the Bhima, in the district due to heavy rain in their catchment areas in neighbouring Maharashtra.

A heavy discharge of water from the Ujjani and the Veer reservoirs in Maharashtra caused floods along the Bhima river course in the district on Thursday.

Since the discharge from Maharashtra reservoirs is expected to increase to 7.5 lakh cusecs late on Thursday, Deputy Commissioner of Kalaburagi Vijaya Jyothsna has directed the officials to shift 148 villages situated mainly along the banks of the Bhima.

The Kagina continued to be in spate on Thursday as well flooding large tracts of land along its banks. The Uttaradi Math in Malkhed remained flooded for the third day in a row. The submergence of Malkhed bridge on the Kagina continued to keep connectivity between Kalaburagi and Hyderabad severed for the third day. The submergence of the Dandoti bridge has cut off connectivity between Chittapur and Kalaburagi.

The Archaeological Survey of India site on the banks of the Bhima at Sannati in Chittapur taluk where ancient Buddhist and Asokan edicts exist was also partially flooded. There were reports that people in over 40 villages were stranded on the roofs of their houses surrounded by floodwaters and crying for help.

Initiating action, Ms. Vijaya Jyothsna has directed key officials to stay at the district administrative complex in Kalaburagi on Thursday night to monitor the flood situation and take necessary action. She has asked the officials to have proper coordination with local level functionaries such as village accountants and panchayat development officers and arrange for boats, ambulances and rescue vehicles.

In a video message, Ms. Jyothsna appealed to the people not to panic.

“The continued rainfall coupled with heavy discharges from Maharashtra reservoirs has caused floods in Kalaburagi. We have already declared a red alert in the district. We have engaged two NDRF teams for rescuing people stranded in different places. Over 150 people have been rescued in the last two days. We have already set up 50 care centres and are providing food to over 800 people. People need not panic as the district administration is with them,” she said. 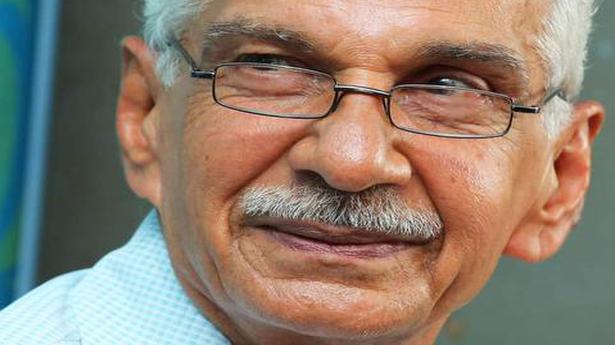 Avaradi villagers argue with MLA over delay in compensation