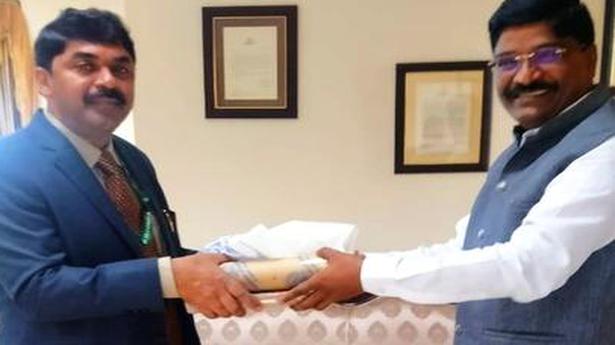 Anantapur MP Talari Rangaiah had worked towards getting a ‘Kisan Rail’ from Anantapur to transport the produce to other places, but it did not work out in late December when the tomato prices were very low both in the district and in the Azad Market in New Delhi where the produce was supposed to the transported.

Mr. Rangaiah on Wednesday met Defence Research and Development Organisation (DRDO) Chairman G. Satheesh Reddy to thank him for sending a team of experts to Anantapur for two days last week and studying the requirements of the farmers and understanding the profile of the district when it came horticultural produce.

In October last year, the Ministry of Food Processing Industries (MOFPI) sanctioned ₹2.9 crore for subsidising 50% of the transport cost of tomatoes and sweet lime, along with other farm produce through the ‘Kisan Rail’. However, concerns were raised as to why the money was not being spent on establishing processing industries for tomato or sweet lime in Anantapur district.

A private trust was also established to subsidise train freight for the farmers who are sending their produce by the ‘Kisan Rail’, but finding a solution pertaining to value-addition of produced was the view point of many.

“During their two-day interaction with the district horticulture officers, the DFRL team was urged to provide an executable detailed project reports for establishing 1,000-tonne or 5,000-tonne capacity processing units for groundnut, sweet lime and tomatoes at Kadiri, Kalyandurg and Anantapur regions,” Deputy Director Horticulture K. Padmalatha told The Hindu.

Youth arrested on charges of peddling drugs in Vizag 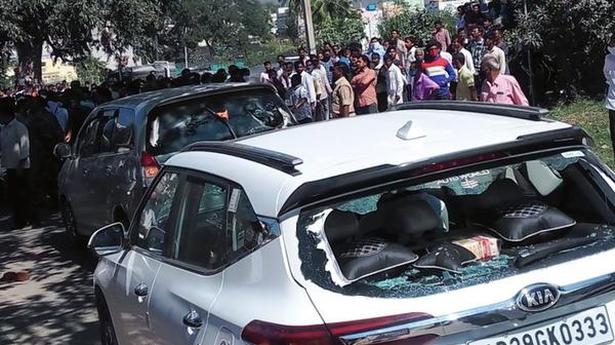