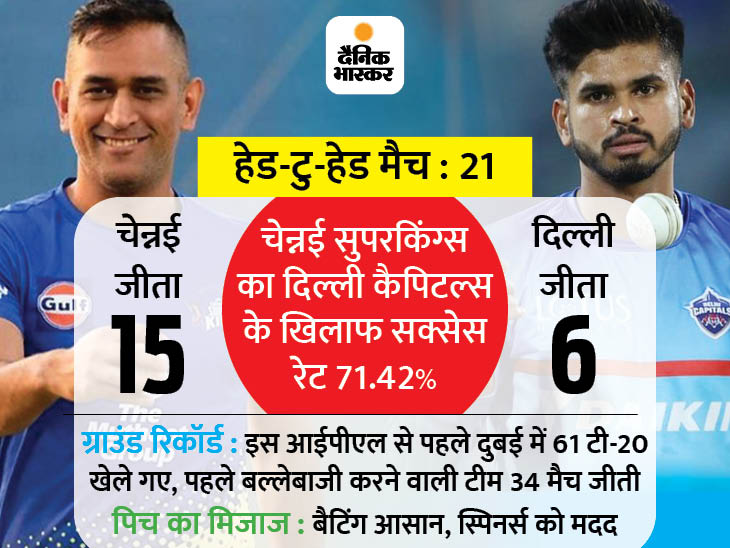 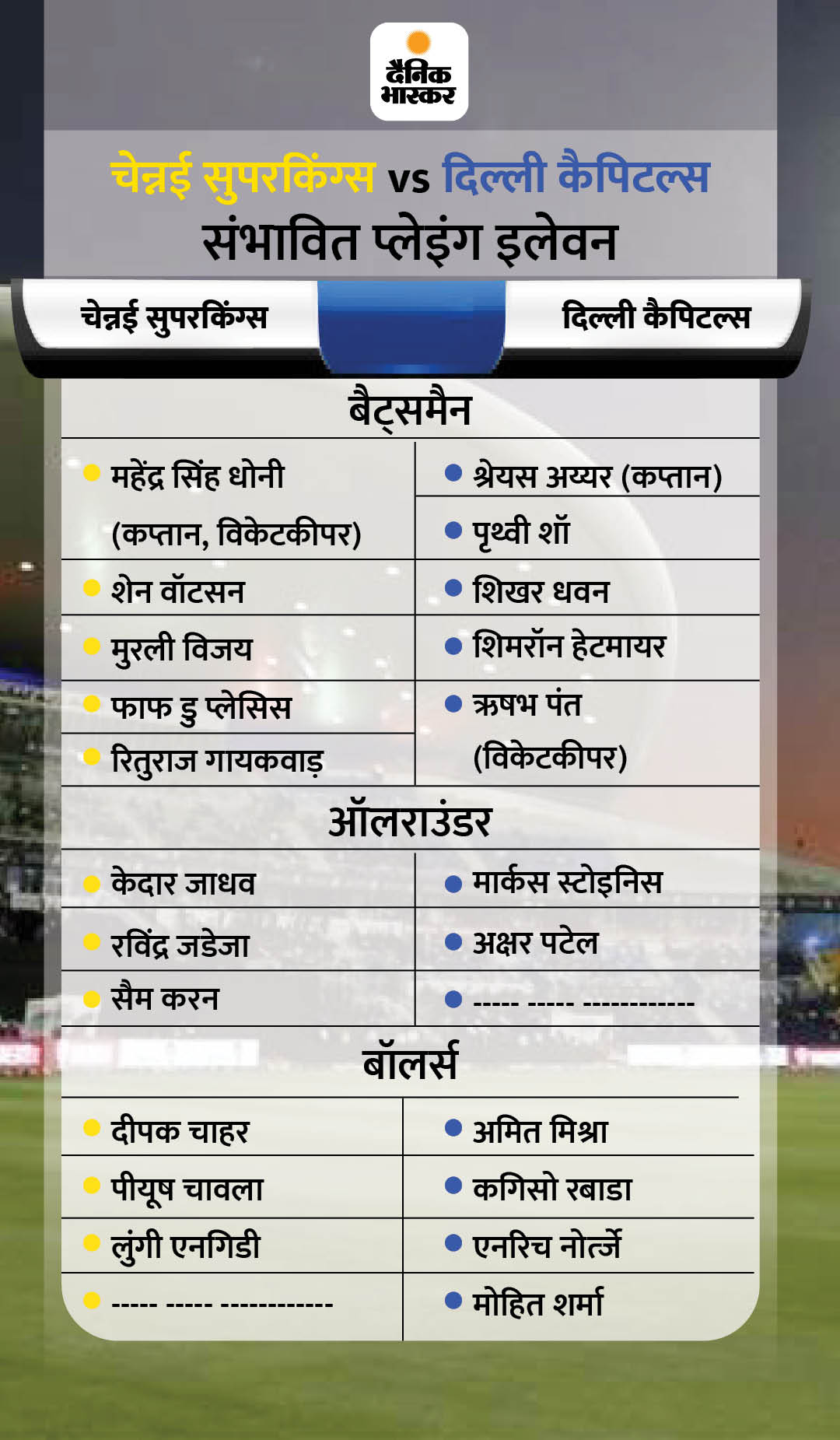 Questions were raised on Dhoni’s batting order
In the last match against Rajasthan, Dhoni had to bat at number 7. Prior to Dhoni, Sam Karen, Ravindra Jadeja and Kedar Jadhav were sent to bat. In the match, Chennai lost by 16 runs. After this, Dhoni had to face criticism about the batting order.

Doubt on Rayudu and Bravo playing
There is doubt about the play of Ambati Rayudu and Dwayne Bravo for Chennai. Rayudu did not play the previous match against Rajasthan because of ham string problems. Bravo was out of both matches early this season. In such a situation, there is a doubt on the play of these two players in this match.

These records will be monitored

Head to head
In the IPL, Dhoni’s team between Chennai and Delhi has the upper hand. So far 21 matches have been played between the two. Chennai have won 15 and Delhi have won 6 matches. Last season, Delhi could not beat Chennai even once.

Pitch and Weather Report
The sky will be clear during the match in Dubai. The temperature is likely to be between 27 and 39 degrees Celsius. The pitch can help the batsmen. Being a slow wicket here will also help the spinners a lot. The team that wins the toss will like to bat first. Prior to this IPL, the success rate of the first batting team in the last 61 T20s was 55.74%.

Delhi is the only team that has not played the final so far
Delhi is the only team that could not play the final till now. However, Delhi reached the semi-finals in the tournament’s opening two seasons (2008, 2009). In Delhi Capitals, it will be the responsibility of the young players to win their team. Young batsmen like captain Shreyas Iyer, Rishabh Pant and Prithvi Shaw are key players in the team.

CSK’s success rate in IPL higher than Rajasthan
Rajasthan Royals, which won the first IPL title (2008), played 148 matches in the league so far, with 76 wins and 70 losses. 2 matches were inconclusive. At the same time, CSK has so far won 101 of 167 matches and lost 65. A match has been inconclusive. The Royals had a winning success rate of 51.35% and CSK the highest at 60.47%. 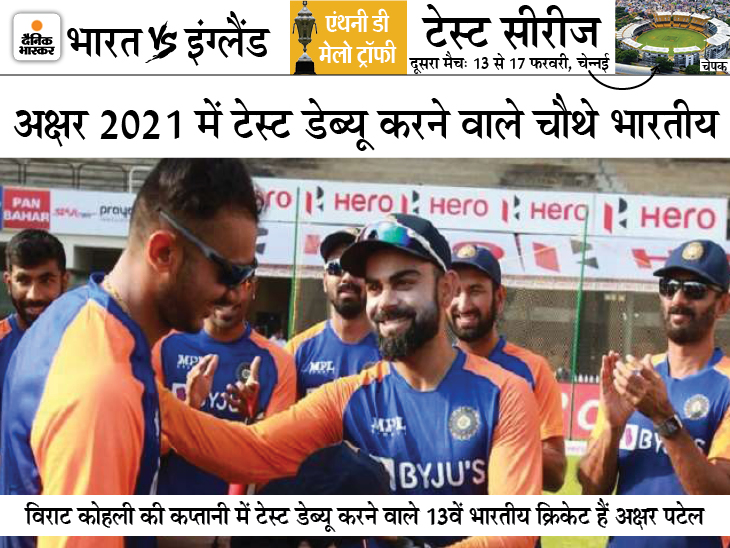 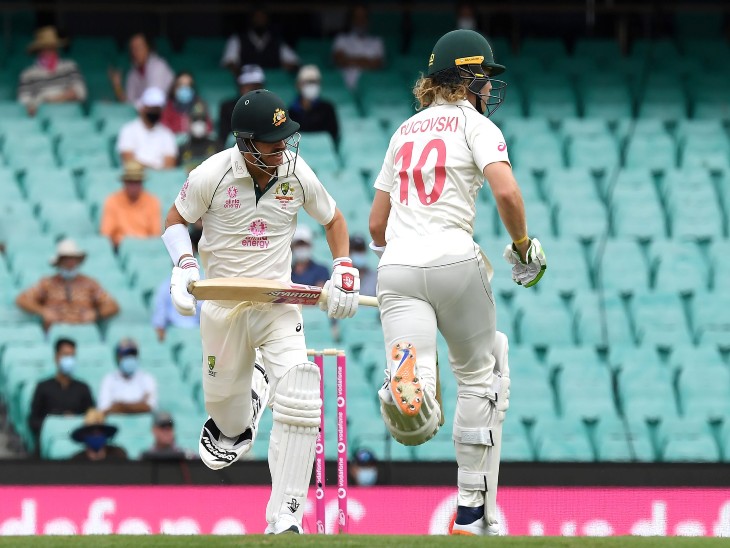 Record change in Australian Test team: tried 4 openers after 35 years in one series, two under-23 players debut after 11 years 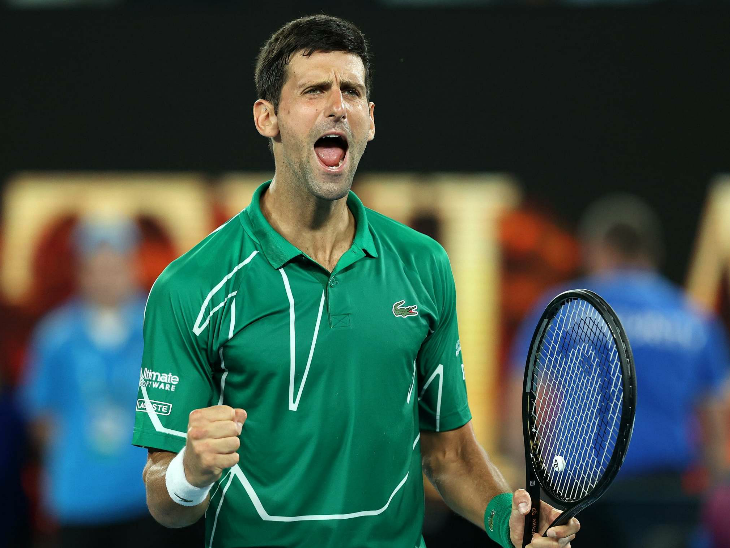 The war made Djokovic strong, fearing bombing, he spent many nights awake