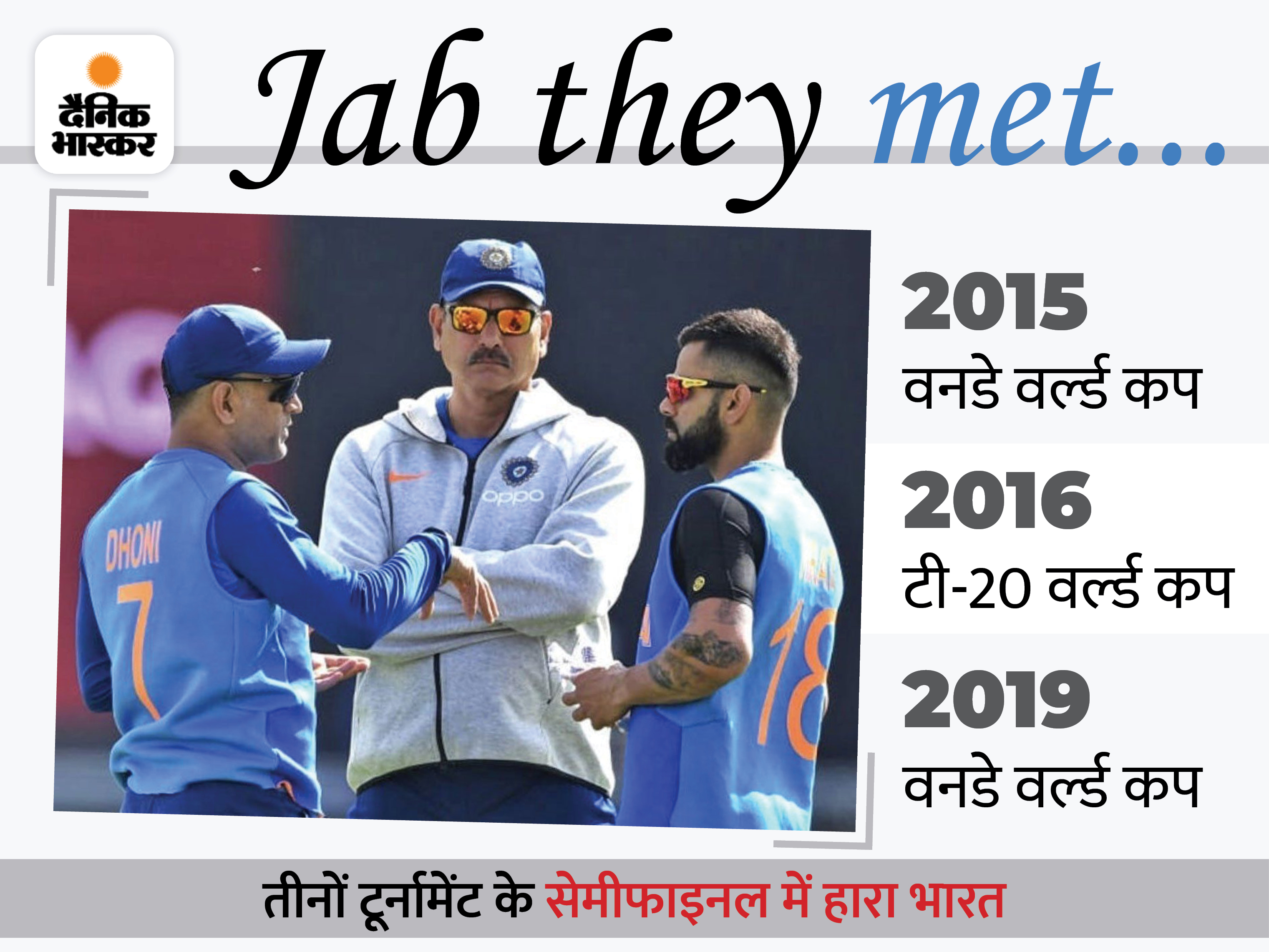 The Indian team for the T20 World Cup to be held in UAE and Oman in October-November has been announced. While Virat Kohli will be the captain, Ravi Shastri will be seen as the coach and Mahendra Singh Dhoni as the mentor. This is not the first time that the trio of Virat, Dhoni and Shastri will work together in a major ICC tournament. Prior to this, all three were involved in team management together in the ODI World Cup in 2015 and 2019 and also in the T20 World Cup in 2016. But, the Indian team could not become the champion in all these tournaments.

All three came together for the first time in 2015
The trio of Mahendra Singh Dhoni, Virat Kohli and Ravi Shastri came together for the first time in the 2015 ODI World in Australia. Dhoni was the captain of the team then. While Virat Kohli was the most important batsman of the team, Ravi Shastri was present as the team director. The Indian team reached the semi-finals in this tournament. In the last four match, India had to face a crushing defeat by 95 runs at the hands of Australia. Australia won the title by defeating New Zealand in the final.

West Indies defeated in 2016 T20 World Cup
The trio of Dhoni, Virat and Shastri were also together in the 2016 T20 World Cup. Then Dhoni was the captain, Virat was the vice-captain and Shastri was the team director. This tournament took place in India. The Indian team could not progress beyond the semi-finals this time as well. In the semi-final match played in Mumbai, West Indies beat India by seven wickets with two balls to spare. West Indies won the title by defeating England in the final.

New Zealand took India’s victory chariot in 2019
The trio of Dhoni, Shastri and Virat last landed together in the 2019 ODI World Cup in England. This time Virat Kohli was the captain, Dhoni was the senior batsman/wicketkeeper and Shastri was the coach. India performed well in the league matches and qualified for the semi-finals by winning 7 out of 9 matches and finishing first. But, once again our team could not reach the final. New Zealand beat India by 18 runs in the last-4 match.

Won 2 World Cups under Dhoni’s captaincy, even lost 6
It is true that Mahendra Singh Dhoni has been India’s most successful captain in limited overs cricket. His presence will also encourage Team India in the 2021 T20 World Cup. But, it should not be forgotten that under Dhoni’s captaincy, India has also lost 6 World Cups. These include five T20 World Cups (2009, 2010, 2012, 2014 and 2016) and one ODI World Cup (2015). So Dhoni’s presence as a mentor is not a guarantee of victory. Team India will have to improve its performance in the knockout rounds of the ICC tournament.

India has not won any ICC title since 8 years
Indian team has not won any ICC title for the last 8 years. India’s last success came in the 2013 ICC Champions Trophy. Then India defeated England in the final. After this, the Indian team lost in the semi-finals of the 2015 and 2019 ODI World Cup and 2016 T20 World Cup. Also, the Indian team has lost the final match of the Champions Trophy held in 2017 and the ICC World Test Championship in 2021. 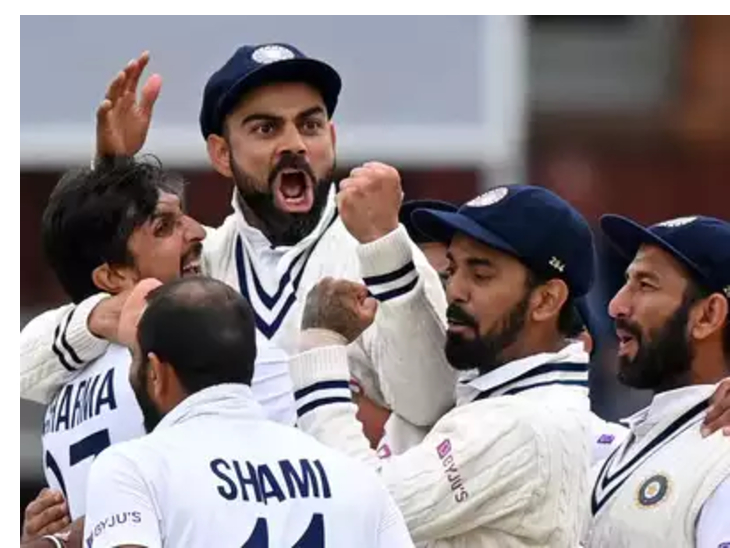 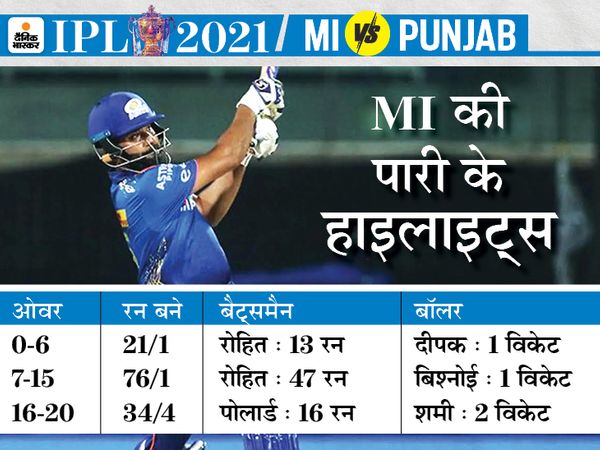 Due to Mumbai’s defeat: Ishaan had to be sent to No. 3 heavy, slow run rate in power-play and lack of wicket to spinners is a big reason for defeat. 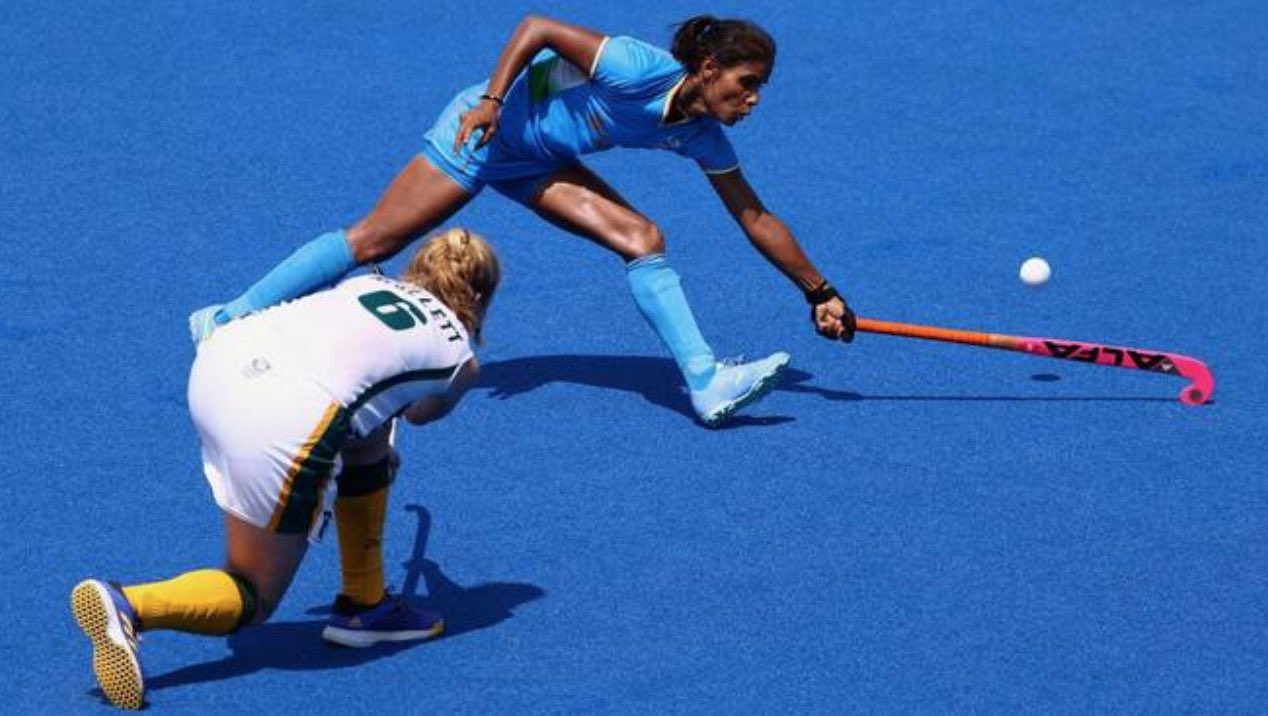