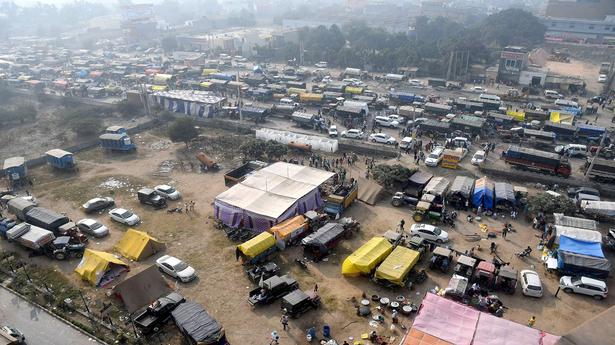 After four hours of discussion with Central Ministers on the tenth day of their ongoing protests on the borders of Delhi, farmer leaders ran out of patience. Refusing to speak any further, they went on a 25-minute “maun vrat” or silent protest.

Holding up impromptu placards with a short scribbled message, “Yes or No?”, they demanded that the government declare whether it was willing to repeal the three contentious farm reform laws or not.

Farmer leaders hold ‘Yes or No’ cards during their talks with Union Ministers at Vigyan Bhawan in New Delhi on December 5, 2020. Photo: Special Arrangement

According to farmer leaders at Saturday’s meeting at the Vigyan Bhavan, following the protest, Agriculture Minister Narendra Singh Tomar then opted to buy more time for a response to their ultimatum, saying that further consultations within the government were needed to present a concrete proposal. The next round of talks has been scheduled for December 9, a day after the proposed Bharat Bandh.

Earlier in the day, Prime Minister Narendra Modi, along with the Home and Defence Ministers met with Mr. Tomar and Food and Railways Minister Piyush Goyal, who have been leading the talks. However, there were no fresh proposals presented at the meeting, with both sides simply reiterating their positions.

Underlining the continued trust deficit, farm leaders again refused to eat the food provided by the government at Vigyan Bhavan, preferring to bring in a meal from a local langar, or community kitchen.

Saturday’s meeting was the fifth round between the government and farm unions since the agitation began in Punjab over two months ago after the contentious laws were passed by Parliament.

Meanwhile, large groups of farmers from Haryana, Uttar Pradesh, Madhya Pradesh, and representatives from other States joined the tens of thousands of farmers from Punjab in the protest on the borders of the national capital.

Speaking to journalists after the meeting, Mr. Tomar said he had assured farmers that procurement at minimum support prices would continue and State-run mandis would be strengthened, contrary to their fears.

“The government is willing to listen to all the concerns of farmers regarding these laws and make needed changes to reassure them,” he said. “We wanted the farmer leaders to give some concrete suggestions regarding their concerns, but we could not get that,” he said, adding that suggestions are awaited.

“The government kept asking us for specific suggestions on which clauses we want to add, what we want to remove. We made it clear that we are not here to discuss any amendments. Our demand has remained the same from the very beginning; we want a full repeal [of the laws],” said Mahila Kisan Adhikaar Manch representative Kavitha Kuruganti.

Some delegates got so fed up with the government’s stand that they threatened a walk-out, but then decided on the silent protest.

“We just refused to talk and sat there in silence for about 25 minutes. So then they stepped out for their own consultations, and we got the idea of writing ‘Yes or No’ on our file covers and held it up,” recounted Krantikari Kisan Union president Darshan Pal.

Mr. Tomar then said further consultations would be needed to put forth a concrete proposal, according to Ms. Kuruganti. Although the Centre was willing to meet again on December 7, farmer leaders suggested December 9.

Dilli Chalo | We will use social media to widen protests, say farmers

This will allow farmers to put on a show of strength through a Bharat Bandh on December 8. Along with their allies, especially trade unions and a national truckers’ federation, the farmers groups plan to hold nationwide agitations, seal off entry into Delhi, and close down transport across northern India.

Mr. Tomar acknowledged that the agitation had been conducted in a peaceful disciplined manner, but appealed to farm leaders to send home the elderly, women and children among the protestors, in view of the cold weather and the COVID situation.

“This will also be in the interest of Delhi’s citizens,” he said, adding, “I urge the farmers to leave the path of protest and come to the path of dialogue.” 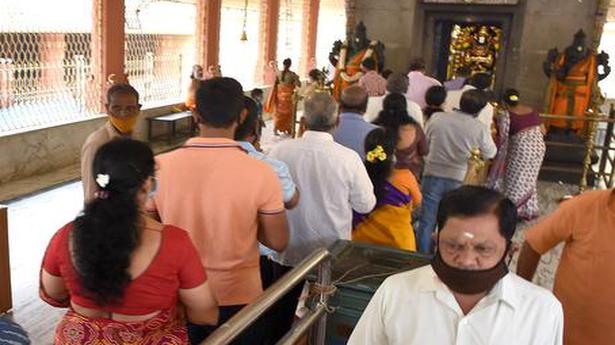