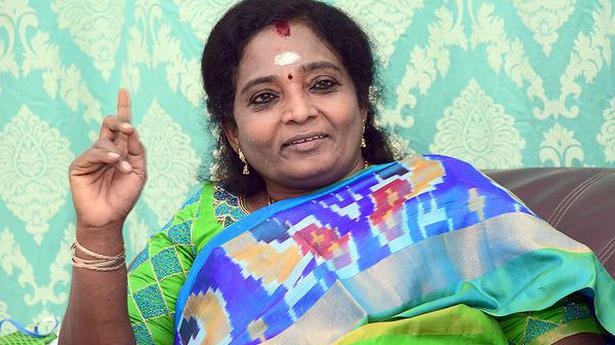 Scheme should be implemented in manner acceptable to people: Puducherry Lieutenant-Governor

Since mid-February, Tamilisai Soundararajan has been wearing two hats — Telangana Governor and Puducherry’s Lieutenant-Governor. In an interview at her Chennai residence on Thursday, Dr. Soundararajan, 60, defends direct benefit transfer (DBT) in the public distribution system (PDS), a concept being implemented in Puducherry. On many issues, including the Citizenship (Amendment) Act, her views were different from those of Telangana Chief Minister K. Chandrashekar Rao or the government but they were “all sorted out smoothly”. She explains how Telangana and Puducherry are complementing each other in tackling COVID-19. Edited exercepts.

How do you manage the dual role that you are playing since February?

As a gynaecologist, I had handled the delivery of single babies as also of twin babies. Now I have twin babies [Telangana and Puducherry]. As a political leader, I had done multi-tasking. So, handling them [a State and a Union Territory] is almost easy for me. Being a doctor and the Telangana Governor, I have been able to link the two and this has helped them in the COVID-19 management. When there was scarcity of Remdesivir in Puducherry, I spoke to the Hon’ble Chief Minister of Telangana and got the supply of 1,000 vials immediately. Also, I have been able to facilitate the exchange of views between the two on matters such as treatment modalities. There have been suggestions from JIPMER [Jawaharlal Institute of Postgraduate Medical Education and Research] [for Telangana]. I spend four days in Puducherry and three in Telangana. I am providing care to both equally. I had my first dose of the vaccine in Puducherrry and the second in Telangana.

You will be completing two years in office as Telangana Governor by early September. How has been your experience?

When I went there first, dengue was prevalent. Not just as a Governor but as a doctor who had done work in paediatrics and dengue, I had given my views but the government was initially reluctant to hear me, thinking that having come straight from being the leader of a party [president of the BJP in Tamil Nadu], I would be politically inclined. The PRO from the Chief Minister’s Office had written an article [in the press], quoting the Sarkaria Commission’s report, arguing that a politician should not be made a Governor. In my rebuttal, I said a politician could be a Governor but the Governor should not do politics. Afterwards, I explained to them [the government] that my views were for the benefit of people and gave them a list of 15 points. Then, they understood my position. From then on, it has been a balanced relationship.

After the pandemic broke out, I had continuously written to the government, giving my suggestions, but I did not publicise them. The Hon’ble Chief Minister came to the Raj Bhavan and held discussions with us. Later, he sent the Health Secretary for another round of discussions. Initially, there was only one hospital for COVID-19 patients, but I requested that each district have one hospital for such patients. There should be more testing.

I can understand their [the ruling Telangana Rashtra Samiti’s] position, it being a regional party and an Opposition party [to the Centre]. On the Citizenship (Amendment) Act, they had initially wanted critical references to be included in the Governor’s address to the legislature but when I raised the matter with them, they magnanimously told me that they did not want the Governor to be put to embarrassment.

Likewise, the State government was originally not for Ayushman Bharat, as it had its own scheme, Aarogyasri. I had called Ayushman Bharat officials from New Delhi and along with them, I explained to the Chief Minister why Ayushman Bharat should be opted. I told him that the State would get ₹800 crore. Besides, Hyderabad being a medical hub, you would have medical tourism thriving, as people from other States can come here for treatment. Similarly, if people of Telangana want to have treatment in New Delhi or Chennai, Aarogyasri won’t be sufficient. Later, he [the Chief Minister] told the Assembly that he was going to accept Ayushman Bharat as the Governor herself explained the reasons.

Do you feel that the concept of DBT in the PDS will be beneficial to people? Or is the Puducherry administration planning to revert to rice distribution?

The issue is not over rice but ration shops. Certain sections of the population have got used to having ration shops in their neighbourhood. After the DBT was introduced, the shops were closed. Some people are talking only about the closure of the shops, but they do not notice ₹2,000 getting deposited in the bank accounts of the beneficiaries. At the same time, because of DBT, there has been huge savings. No leakage. It is a very good scheme and has benefited people.

The main point is that the scheme should be implemented in a manner acceptable to people. I think the DBT should continue.

When the COVID-19 financial assistance of ₹3,000 each was given to the holders of the red [family] cards, the payment was made through DBT and not through ration shops. As for the future of the ration shops, they can be turned into general provision stores, selling various commodities at nominal charges. Through this, you can address the people’s sentiment towards the ration shops. There are a host of issues in this sector, which we are gradually resolving. The present Chief Minister [N. Ranagasamy] is very receptive.

You have been talking about vaccinating all the eligible people in Puducherry by August 15. Is it a realistic goal?

Yes. It is a herculean task but doable. When I assumed charge, only 4,000 persons were vaccinated. In the last three months, a number of activities were taken up. Acting on the announcement by the Hon’ble Prime Minister of ‘vaccination utsav’, we had a ‘utsav’ for seven to eight days.

I have been urging people to go for vaccination, giving them data to drive home the point that a negligible section had adverse reaction. Targeted camps have been held. So far, we have crossed the six lakh- mark, accounting for 55% of the population. I can also say with a sense of pride that not on a single day have we run out of stock.

How do you think the problem of vaccine hesitancy can be addressed?

People should know their responsibility. The main feature of vaccination is that when they are vaccinated, they help their family members get protected, and society, too. In Puducherry, at the peak of the second wave, we did a survey among ICU patients at Indira Gandhi Medical College and Research Institute. We found that 95% of the patients did not take vaccine. What we have been telling people is how vaccination protects people.

How prepared are Telangana and Puducherry to tackle the anticipated third wave?

Both are well prepared. Now, the Telangana Chief Minister himself is handling the Health portfolio. There has been a lot of improvement. The war room has been designed very well, making use of technology. The infrastructure at all district hospitals has been strengthened. The guidance of the Prime Minister’s Office and the Union Ministries of Home and Health has been very helpful, and they have been continuously monitoring our position.

In Puducherry, a number of measures such as the sale of a mask at ₹1 and sanitiser at ₹10, under the ‘Mask up Puducherry’ campaign, have been carried out. There has been an overwhelming response. This is why we have been able to contain the spread of the pandemic. In Karaikal, we have introduced the scheme for dispensing sanitiser at ₹5. Besides, we have implemented ‘Uyir Katru’, a scheme by which the provision of an oxygen bed is being ensured if any donor gives ₹12,000. This has helped us double the number of oxygen beds. Even if the third wave comes, we have enough ventilators and oxygen beds because of the scheme.

There has been a long-standing demand that Puducherry be given Statehood. Any initiative?

It is a political and policy decision to be pursued by the governments of India and Puducherry. At present, all I want is that people of Puducherry should get all the amenities. Let us concentrate first on improving revenue, livelihood and infrastructure. There is enormous scope in this regard. 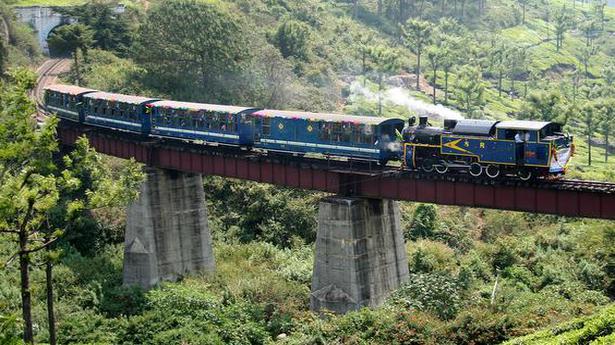