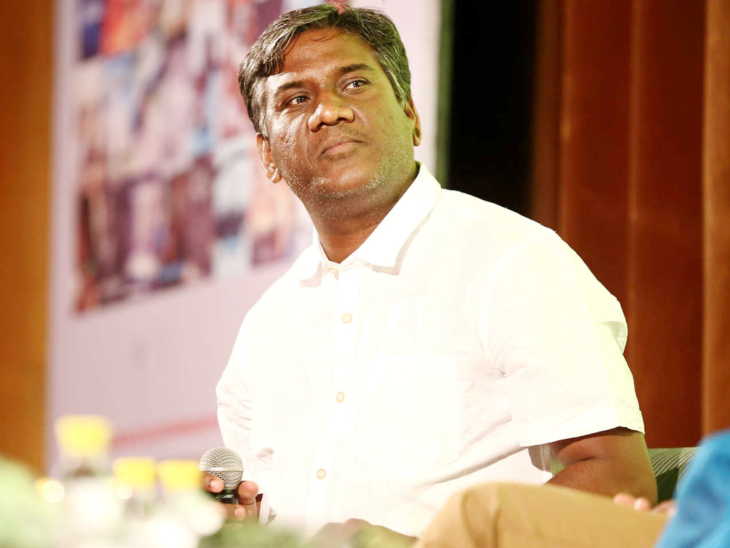 Avinash Das, who was the director and journalist of ‘Anarkali of Aara’, is going viral on WhatsApp. A girl named Utpana Chakraborty shared this chat in the comment box of one of her posts on Facebook. According to the girl’s Facebook profile, she hails from Kanpur, Uttar Pradesh and currently works in a news channel in Mumbai.

In her post on Saturday, the girl threatened Avinash Das. According to his post, Das tried to convince him of a shortcut. The girl has threatened that she will show all the messages of Das to his wife. 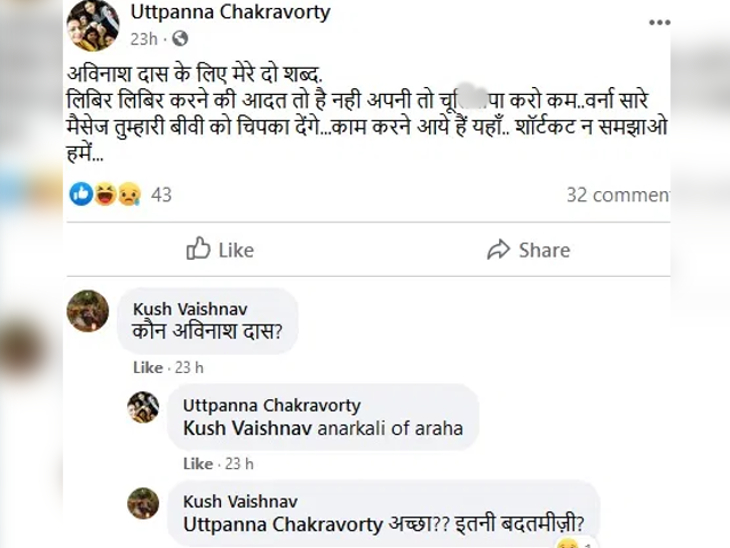 What happened between Avinash and the girl

Three screenshots of the conversation between Avinash and the girl have gone viral, something similar has happened between them … 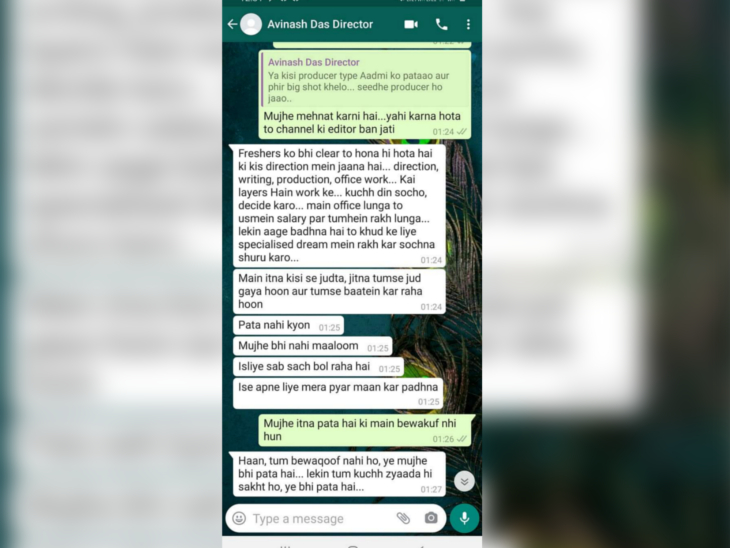 Avinash Das: Or tell a producer type guy and then play the big shot … become a straight producer.
girl : I have to work hard… if I had to do this I would have become the editor of the channel.
Avinash: Freshers also have to be clear about which direction to go… Direction, writing, production, office work… There are many layers of work. Think for a few days, Decide … If I take office then I will keep you on salary. But if you want to move ahead then start thinking for yourself in a specialized dream.
Avinash: I would connect with someone as much as I have connected with you and am talking to you. do not know why? I do not even know. That’s why I am telling the truth. Read it as my love for you.
girl: I know enough that I’m not stupid.
Avinash : Yes, you are not stupid. I know this But you also know that you are very strict. 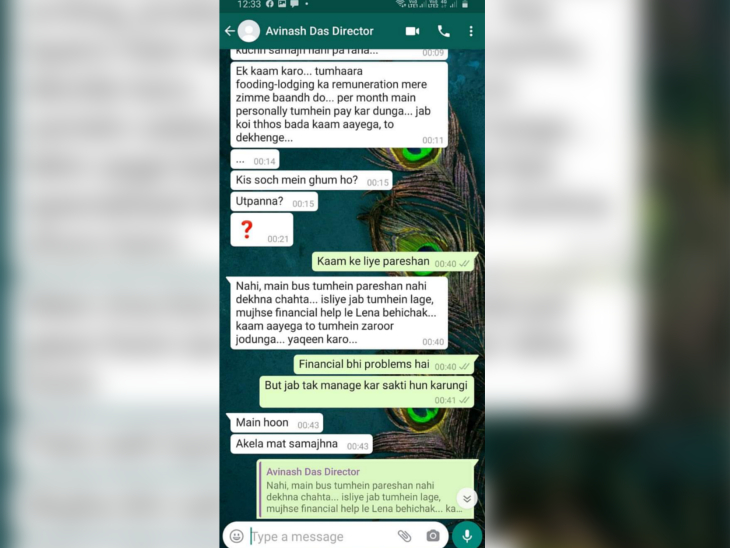 girl : Respect where there is some genuineness.
Avinash : Phek too has its own thrill … don’t take so much load, Utpana.
Girl: I’m probably very backward. I understand black and white, why not gray?
Avinash: Never mind … You’re right … I like it. (Referring to messages with black and white) I don’t know … but it makes sense, it’s good. 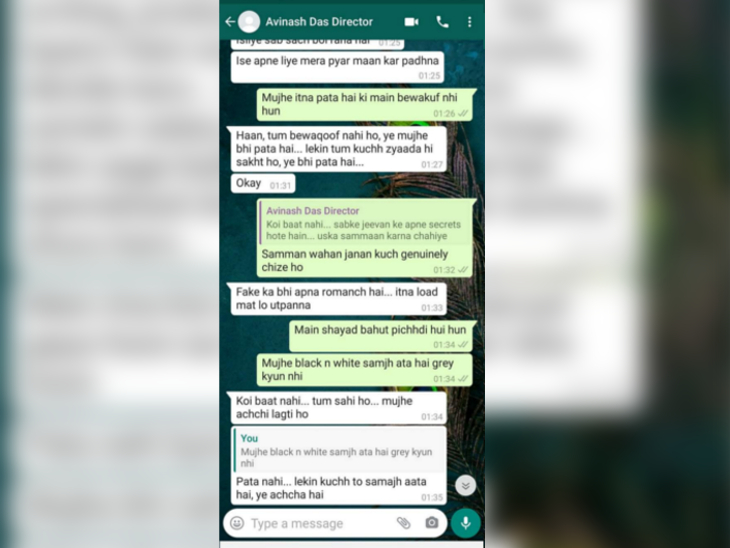 Avinash : Do one thing .. Your food-loading remuneration (expenses) bind me … but I will give it to you personally … when there is a big concrete task.
Avinash: Which thought is missing? Product?
girl: Upset for work
Avinash: No, I just don’t want to see you upset. So when you feel, feel free to ask me for financial help. I will definitely add you if it works. Make sure
girl : Financial is also the problem. But as long as I can manage, I will do it.
Avinash: I am. Do not think alone. 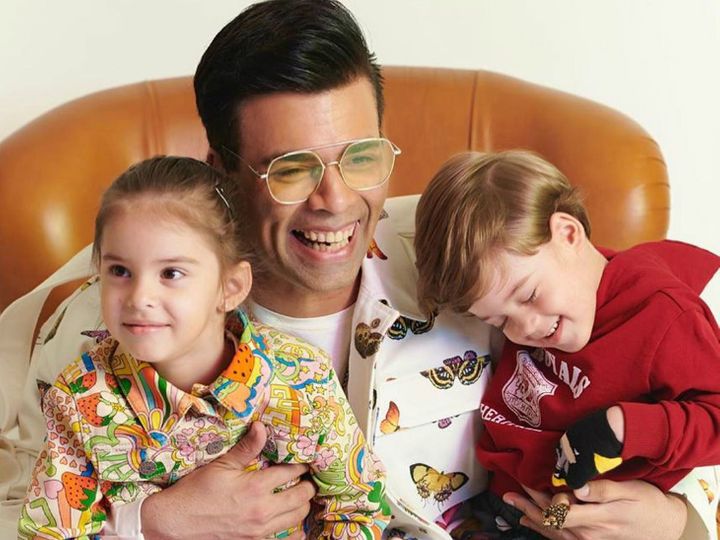 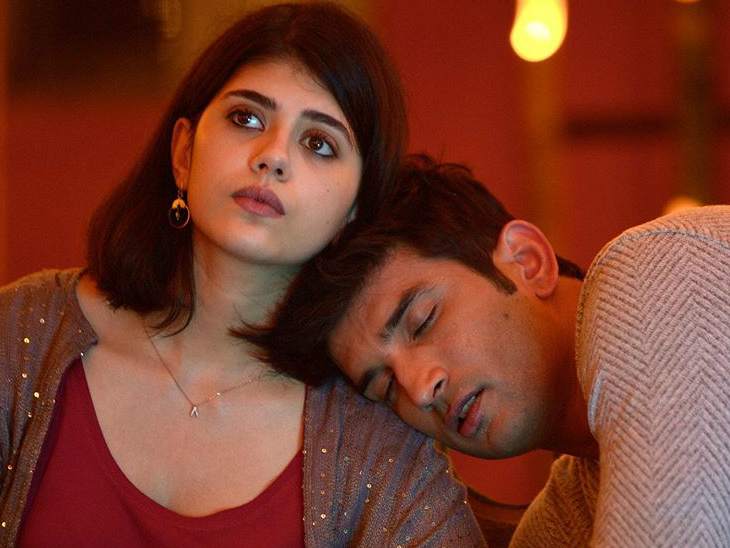 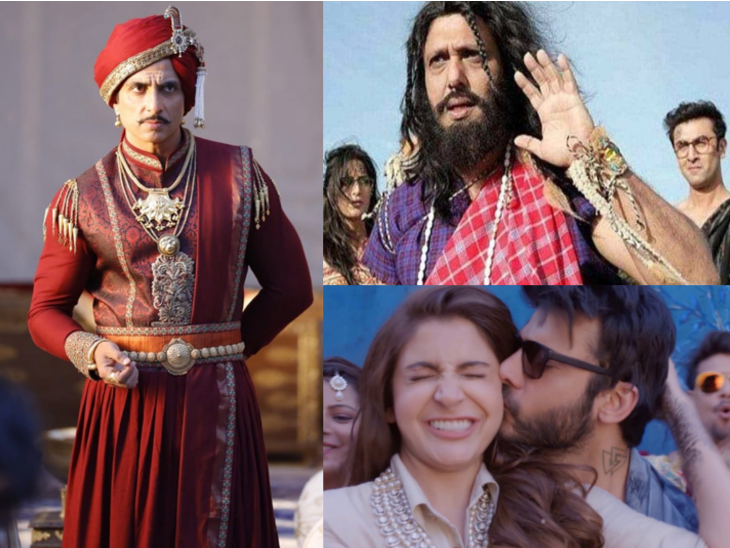 Sonu Sood was disappointed after Manikarnika’s 80 percent scene was cut, scissors have been in many films on the role of these celebs.