Delhi Police is likely to seek an extension of remand for activist Disha Ravi to investigate the toolkit case and a “larger conspiracy” behind the Republic Day violence, said an officer on Thursday.

On Sunday, Ms. Ravi was sent to five-day police custody by a Delhi court. She was arrested from Bengaluru on Saturday.

While seeking her custody, Delhi Police had cited reasons like proper investigation required to get information on the ‘pro-Khalistani group’ Poetic Justice Foundation and their active members are to be identified.

The officer said Ms. Ravi has cooperated in the ongoing investigation, yet many questions need to be raised. There is a long list of suspects in the toolkit case, including the involvement of organisations functioning from foreign countries. They have to still find out the source of funding and get details of the financial transactions. The other members of the WhatsApp group need to be identified.

Ms. Ravi was associated with the India chapter of ‘Friday for Future’ campaign to save the environment. The FFF website came under the radar of Delhi Police in July 2020 when it was blocked after the Environment Ministry complained of getting mass emails against the government’s draft Environment Impact Assessment (EIA) rules. In the notice served to the FFF, Delhi Police had mentioned that the website depicts objectionable content and unlawful activities or terrorist acts, which are dangerous for the peace, tranquillity and sovereignty of India.

Meanwhile, their website was blocked and the people operating it were served a notice under the Unlawful Activities (Prevention) Act. But after facing backlash on social media, Delhi Police called it a ‘clerical error’ and withdrew the notice and served a new one under the IT Act, 2000. The website was unblocked later.

An officer said the website was unblocked after they rectified the error due to which the Environment Ministry was getting mass emails. 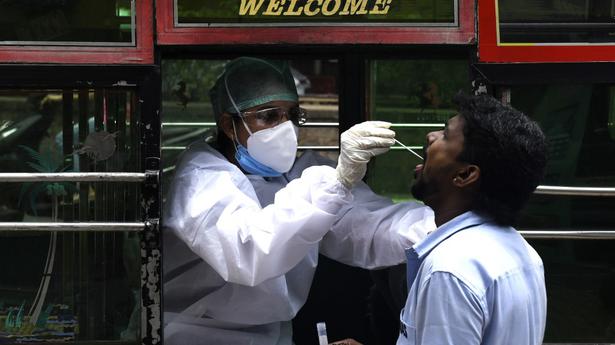