With the second phase of gram panchayat elections coming up, Collector V. Vinay Chand on Thursday organised a video-conference with officials regarding arrangements for the polls scheduled to be held on February 13, at Narsipatnam revenue division.

The Collector asked officials to coordinate with various departments and conduct the elections peacefully.

He said that mandal special officers, tahsildars and Mandal Parishad Development Officers (MPDOs) should discharge their election duties properly. The election material should be distributed right from 7 a.m. on Friday, he said, and asked the officials to ensure all basic amenities at the polling centres.

Meanwhile, N. Mourya, Sub-Collector of Narsipatnam and Deputy District Election Authority, Narsipatnam, inspected the distribution centre at Nathavaram mandal on Thursday. Enquiring about the arrangements being made for the elections scheduled on Saturday, Ms. Mourya appealed to the public to come forward and cast their vote freely.

She said that 581 sarpanch candidates are going to elections in 239 gram panchayats in 10 mandals of Narsipatnam revenue division. Similarly, 4,641 candidates are going for elections to 2,184 ward member posts. The poll will be held from 6.30 a.m. to 3.30 p.m. The counting would start from 4 p.m. the same day, she said.

“We have instructed liquor shops to remain closed from February 11 to 14. Police bandobust will be arranged at all the polling booths. A special control room with contact numbers 7731803255, 8465013255 has been arranged at the Sub-Collector’s office,” she added.

Nearly 1,800 police personnel including three Deputy Superintendents of Police (DSP), 10 Circle Inspectors, 103 Sub-Inspectors, 272 ASI/Head Constables, 781 police constables, 284 home guards and other police personnel are being deployed for the peaceful conduct of the second phase of GP elections on Saturday, said Superintendent of Police B. Krishna Rao. He took part in a coordination meet ahead of the polls at Narsipatnam on Thursday.

He instructed the police personnel to be alert right from the morning till the end of counting, and keep a close eye on other procedures and ensure that no untoward incidents are reported in the revenue division. The SP asked police personnel to make sure crowds do not gather within a radius of 100 m from the polling centre.

He also reiterated to the police to treat voters, especially elderly persons and women, with respect and to ensure queues are maintained. “Keep a list of senior police officials handy and alert them immediately in case you come across any suspicious activity,” he told the staff. Narsipatnam ASP Tuhin Sinha and other police officials were present. 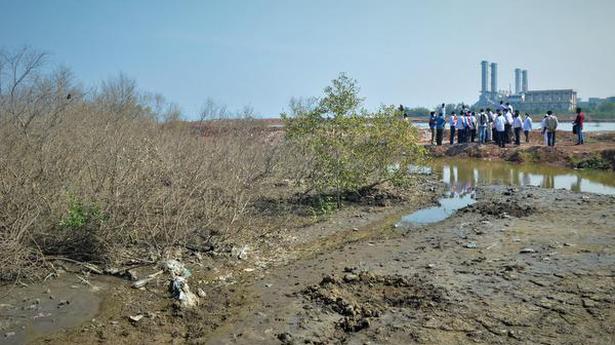