Three seats from T.N. are vacant in the Upper House

With uncertainty continuing over byelection to three seats in the Rajya Sabha from Tamil Nadu, the DMK has planned to approach the Election Commission of India again for getting them filled.

T.R. Baalu, former Union Minister and the DMK’s parliamentary party leader, told The Hindu on Wednesday: “We, the party, have sought an appointment with them [Chief Election Commissioner and other Election Commissioners]. We hope to meet them tomorrow [Thursday] and reiterate our point.”

Mr. Baalu, in his letter last month, had urged the ECI to conduct byelections to the three seats, separately. He said, “The delay impedes Tamil Nadu from being adequately represented in the Rajya Sabha, and it goes against the spirit of democracy and the goals enshrined in the Constitution.”

Last Friday, the ECI said it would hold the bypoll to one vacancy in the Upper House, from West Bengal, but there was no reference to Tamil Nadu. According to the Rajya Sabha website, there are 14 vacancies.

As for the State, the vacancies arose due to the death of A. Mohammedjan in March and the resignation of two senior leaders, K.P. Munusamy and R. Vaithilingam, on getting elected to the Assembly in May.

Going by the schedule for West Bengal, the process, beginning with the announcement on holding the byelection, lasts at least 24 days. If this is the indication for Tamil Nadu too, those going to get elected to the Upper House may not be able to participate in the current monsoon session of Parliament, even if the Commission announces the schedule in a day or two. The session is scheduled to conclude on August 13.

Pointing out that the ECI, ordinarily, has six months to fill a vacancy, V. Maitreyan of the AIADMK, who served as a member of the Upper House for 14 years, said given the strength in the Assembly and the likelihood of the ECI holding the bypoll separately for the three seats, the DMK bagging all seats is a certainty. “You can delay the byelection, but cannot deny all seats going to the DMK,” he said. 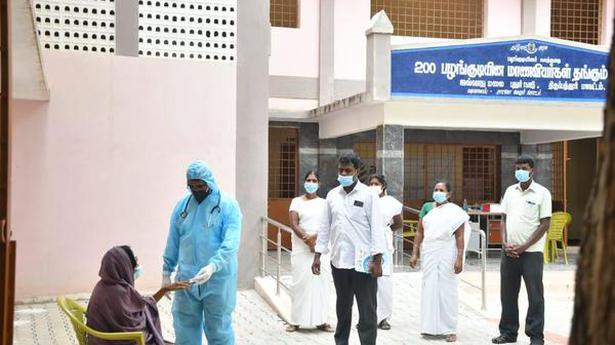