Kings XI Punjab and Royal Challengers Bangalore face each other for the second time in the season. In the previous match, Punjab defeated Bengaluru by 97 runs. 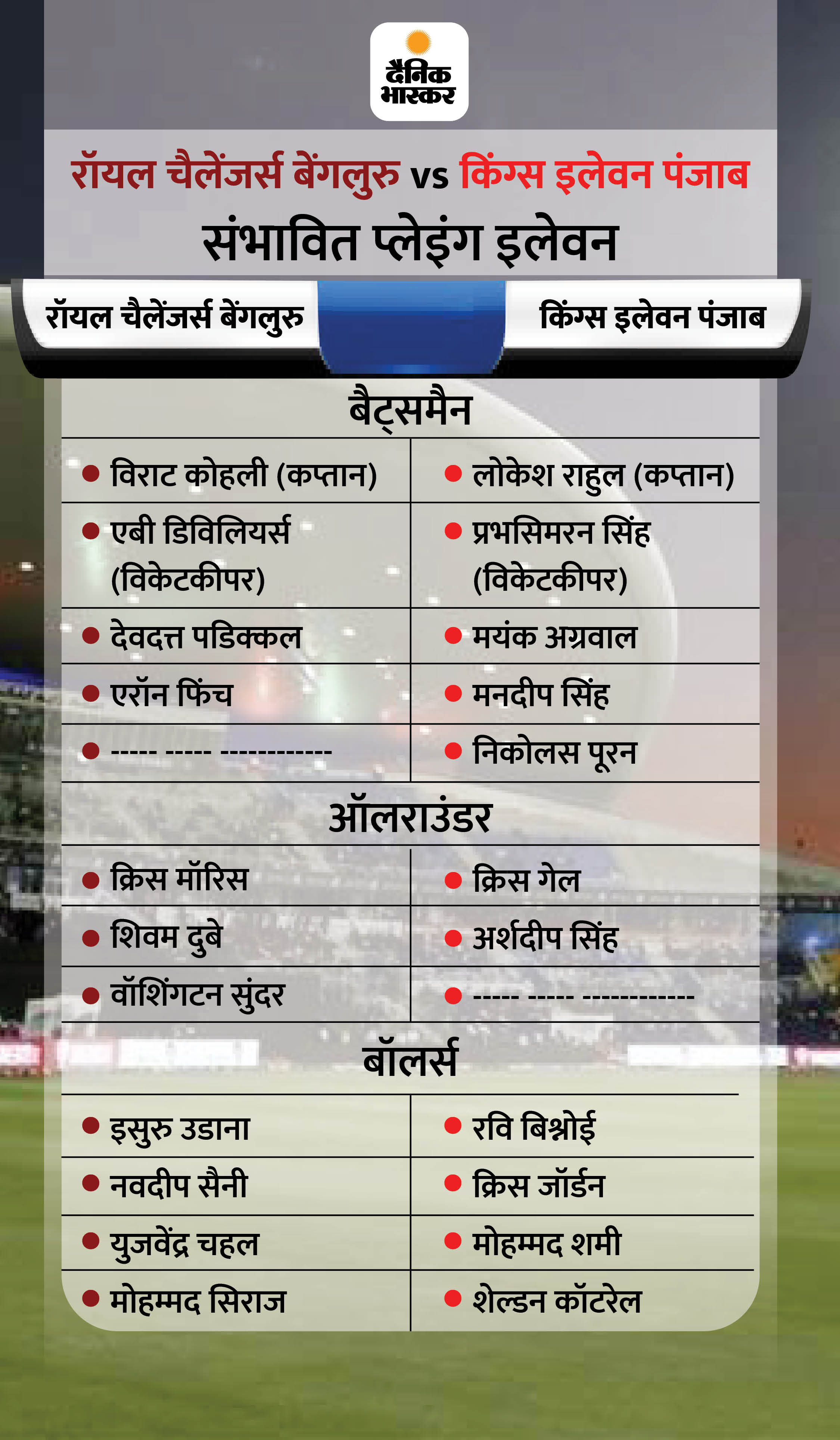 The 31st match of the 13th season of IPL will be played in a short time between Royal Challengers Bangalore (RCB) and Kings XI Punjab (KXIP) in Sharjah. Punjab are at the bottom of the points table after losing 6 out of 7 matches. For him it is a do or die contest. Chris Gayle may get a chance at RCB. This will be his first match this season.

Chris Gayle fit perfectly
Gayle is fully fitted. He was admitted to the hospital for the last few days due to stomach infection. In the share video on the team’s official Twitter handle, he said that the wait was over. He said that the team’s journey in the IPL is not over yet. There are 7 matches left in the league right now. We can win all seven matches.

Punjab captain Lokesh Rahul (387) and Mayank Agarwal (337) are at the forefront in scoring the most runs in the league. Both have also scored a century each in the season. Rahul had scored a brilliant century against Bengaluru.

Captain Virat Kohli and AB de Villiers returning to the rhythm are good signs for Bengaluru. De Villiers had scored 73 off 33 balls against Kolkata in the previous match. At the same time, Kohli has also applied 2 fifty in the season so far. 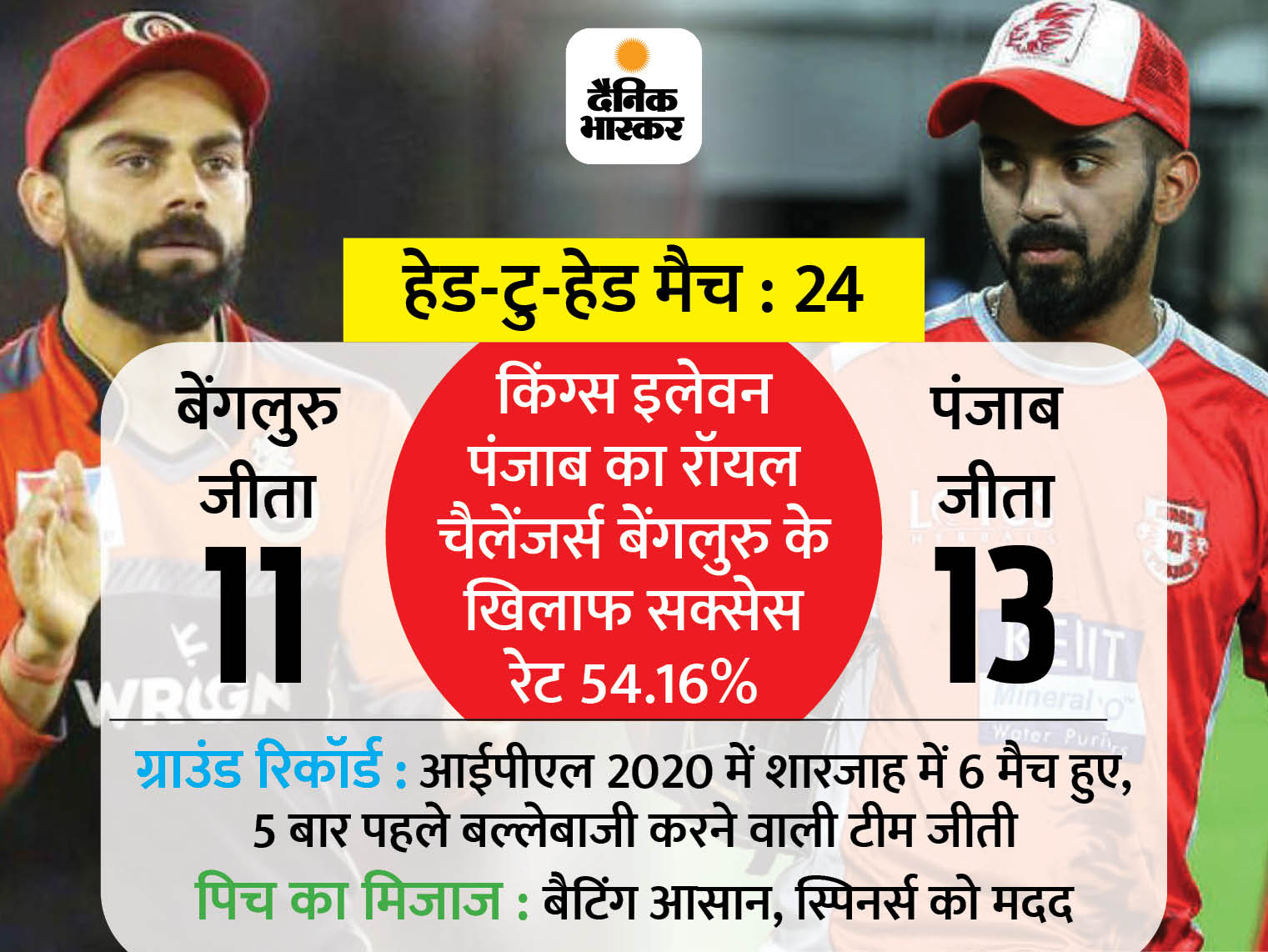 Expensive players from both teams

Both Bengaluru and Punjab could not win the title

Possible to change Knight Riders batting order; Rahul and Morgan can replace Naren at number-3 in the opening

Dhoni’s promise after defeat to Delhi Capitals- will come to the field with change after seven days, complaint to Delhi captain Shreyas- catching here difficult

KKR captain Dinesh Karthik said – Once out, zero out does not mean being a bad player, I will score