The faculty of government medical colleges in the State, who were on the warpath over the issue of pay revision implementation and had declared indefinite strike from February 9, have deferred the strike by two days after Health Minister P.K. Shylaja called them for talks.

The Kerala Government Medical College Teachers’ Association (KGMCTA) said in a statement here on Sunday that they had decided to defer the strike after receiving formal intimation for talks on February 10 from the office of the Health Minister.

The KGMCTA said the doctors would, however, continue the hunger strike and “non-cooperation” they had launched since last week. Doctors are boycotting all academic activities, including teaching, internal examinations and official meetings. They are also boycotting pay ward admissions and special duties.

If no positive or favourable outcome comes of the talks on February 10, the KGMCTA would go ahead with its decision to launch an indefinite strike from the very next day, which will affect hospital services.

The medical college faculty has been on strike since January 29, protesting against the government’s refusal to implement the pay revision of doctors, which has been delayed by over five years. They demanded that they be paid salary arrears the government owes them since 2016. 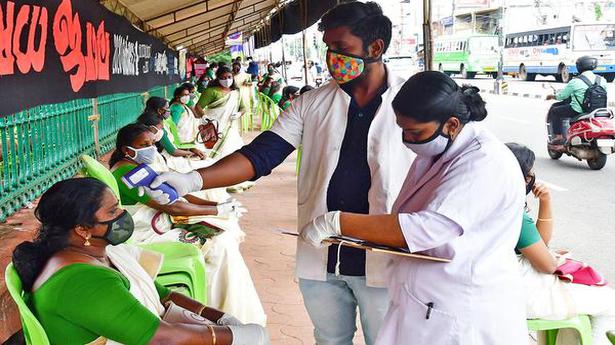