Deputy Commissioner K.V. Rajendra on Wednesday directed Transport Department officials to suspend operation of public transportation buses in the district if their GPS was found to be inoperative for over two hours in a day.

Presiding a road safety committee meeting of the regional transport authority here, Dr. Rajendra said the GPS installed on all public transport buses — KSRTC as well as private — should be switched on when the buses were running. If for any reason, the equipment was not operating for more than two hours, immediately the officials should stop the services, he said.

The DC asked officials to collate details about dangerous spots for driving from drivers. Thereafter, they should take necessary corrective measure to mitigate the defects. Besides taking every step to improve road safety, officials concerned should also ensure that people strictly follow traffic norms. Places that have witnessed more number of accidents in the last five years should be identified and the causes for such mishaps should be addressed.

He asked the department officials to ensure adequate number of buses were operating at a time when schools and colleges have recommenced following abating COVID-19 cases in the district.

They should also take stringent action against transporting students in excess of the permissible limits in all public transport vehicles, including autorickshaws.

Dr. Rajendra asked RTA officials to convene the road safety committee meeting every month and directed other stakeholder departments to implement the decisions taken in such meetings without fail.

He asked the RTA Secretary to issue show cause notices to officials remaining absent during Wednesday’s meeting and initiate criminal proceedings against them if they continue to remain absent for subsequent meetings. 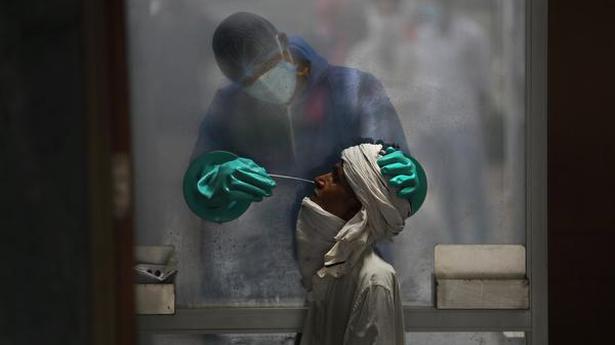