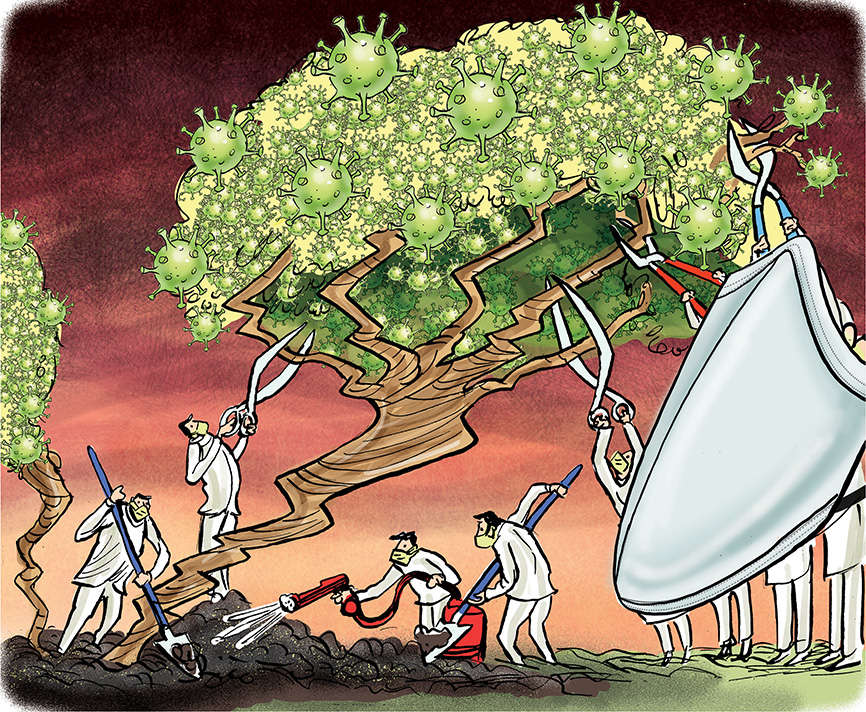 
India’s latest sero survey suggests 68% of the population has been exposed to Covid – a substantial jump from the pre  second wave survey, which showed up to half of the population in some urban locations and a fifth in rural areas as positive.

This is another indication of how devastating the second wave was. But it isn’t necessarily good news vis-à-vis the possibility of a third wave.

Of course, since seropositivity is high, unless we get a new variant that can spread easily and infect people who have already been infected or vaccinated, we are unlikely to see a third wave anything like the second.

But given the limited longevity of Covid-appropriate behaviour, and the fact that even a third of uninfected and unvaccinated people in India means a very large number, we could still be creating a perfect set of conditions for new variants to emerge.

That’s the first caveat to be applied to any discussion on a third wave. There are more.

A third wave is predicted for India any time between August and December. Scientists and leading doctors predicting this wave speak with confidence. Having seen two waves, it is clearly tempting to create a guide to the future.

However, infectious disease modelling is a very specialised field. Modellers need to analyse very detailed data on the virus and people and places affected by it. Only then can they provide a quantitative framework for understanding the epidemic’s dynamics and the potential impact of mitigation strategies.

Many so-called models in India are real-time statistical analyses relying on limited available data. They are not sophisticated simulation models, which require more granular data. This is either not available or only accessible to a limited group within government and select partners.

While we have learnt a great deal about SARS-CoV-2, there are too many unknowns to make categorical statements about the likelihood, timing and size of a surge in cases.

What drives a surge? We can broadly categorise spread as being determined by characteristics of the virus or its variant, people who are infected, immune or susceptible, and environments that permit the virus’s survival. But there are complexities that challenge our ability to make predictions.

We have had SARS-CoV-2 for less than two years. The original Wuhan virus underwent the D614G mutation and spread rapidly across the world from February 2020. After that we saw no major changes until December 2020, when the Alpha and Beta variants were recognised as increasing rapidly in the UK and South Africa, respectively.

Why was there such a gap? Why did significant variants come up in such rapid succession after December 2020, even though the variants’ signature mutations had been recognised earlier?

One theory, partially borrowed from influenza, is that a certain proportion of the population needs to have been infected for there to be enough immune pressure for the virus to change. Since RNA viruses mutate all the time, mutations begin to matter when there are fewer people to infect.

A virus that can overcome the immune response that prevents binding of the spike protein to its receptor or bind to other proteins of the host cell, will be more ‘fit’ and infect more people than a less fit variant.

Can we use this information to predict the rate at which new variants will emerge, and where? Unfortunately, SARS-CoV-2 science is not yet there. But we do know that the more the virus replicates, the greater the chance of new variants emerging.

Data indicates that mRNA vaccines seem to perform the best at limiting both infection and disease. Vectored vaccines also do well at preventing disease, and slightly less well at preventing infections due to some variants, which means that vaccinated people can still spread the virus, although not as much as unvaccinated people. For inactivated virus and protein vaccines, we have data from clinical trials, showing efficacy at preventing severe disease, but less data on their ability to prevent infections due to different variants.

It does appear that with the easier spread of the Delta variant, we will need to immunise a greater proportion of the population than the 60% originally projected to slow the spread of the virus. As these vaccines continue to be used, impact monitoring is critical to understand how to get the best value from different vaccines.

All countries are now vaccinating as fast as they can, but supplies continue to be limited for middle- and low-income countries. In India, we are averaging around 4 million doses a day. But we showed on June 21 that we have the ability to vaccinate more than double that number.

With just about one quarter of Indians having received one or two doses of vaccine, we have a long way to go to provide vaccine-induced coverage.

That, and what we mentioned earlier – even a high seropositivity rate leaves a large number of people vulnerable – means communication on why and how long we need to continue with restrictions is critical. We need to hold out and continue non-pharmaceutical interventions until we have the bulk of our population vaccinated and protected.

From the point of view of public health, this is a race between the virus and immune systems. If we can protect ourselves with masks, ventilation and limited interactions, until vaccination coverage is above 70% and adds to the protection from prior infection, we can definitely delay or decrease and possibly avoid the third wave. 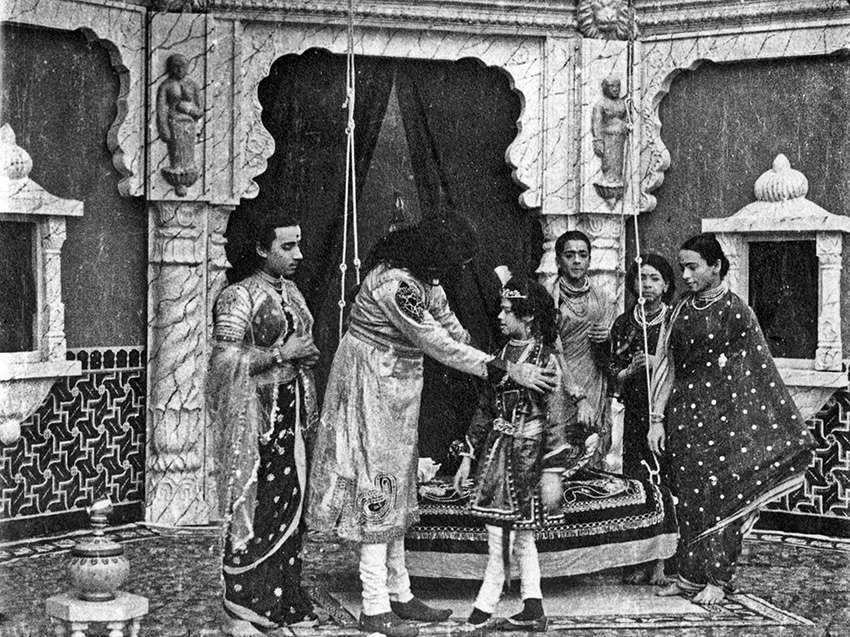 Dadasaheb Phalke and his men: An oral history project gives rich insights into the fathering of Indian cinema 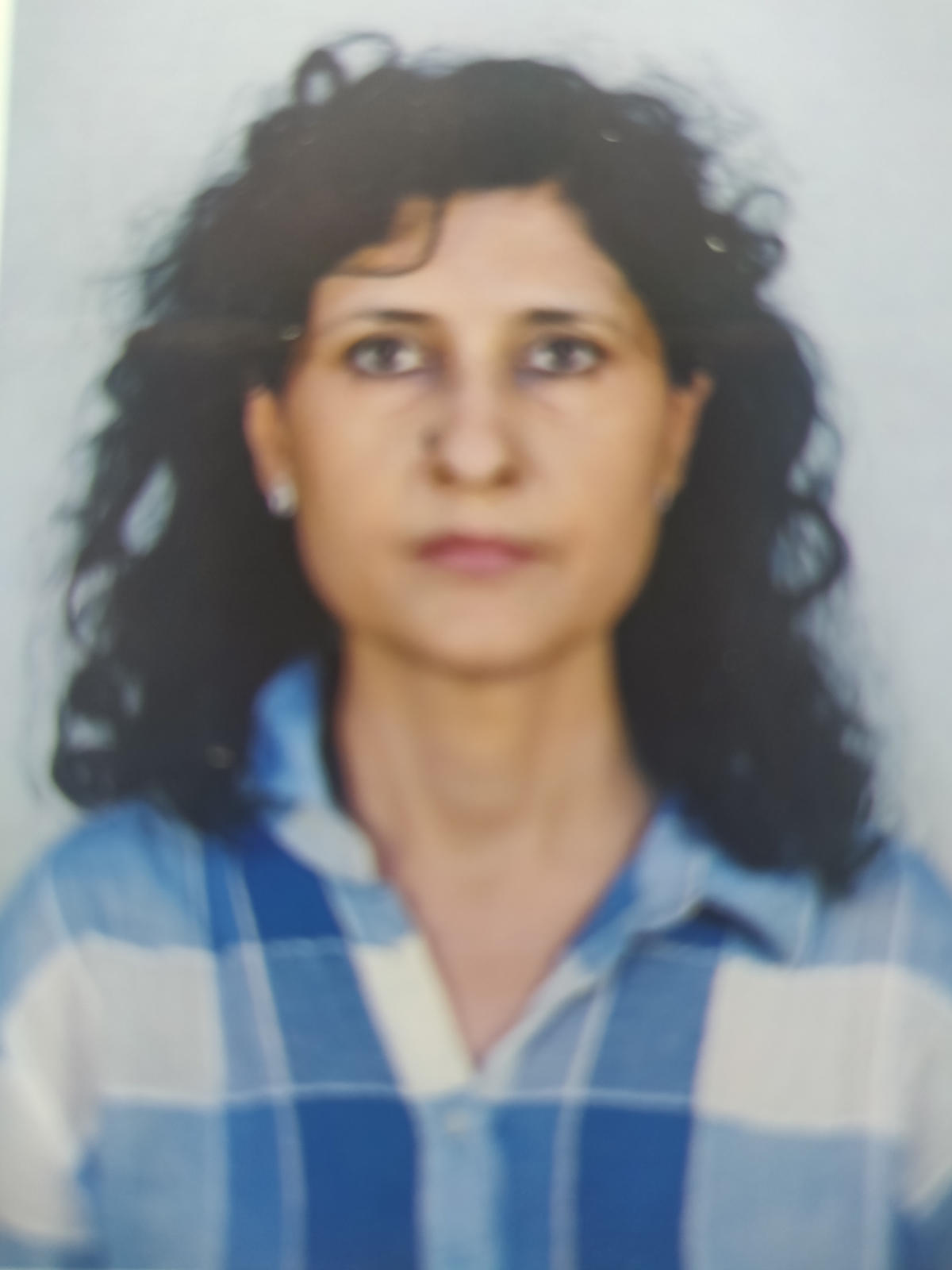 Ramblings of a Cow-worshipping Hindu