Today, the day is being celebrated as’ World Students’ Day ‘across the world. Every year on October 15, World Students Day is celebrated on the occasion of the birthday of Dr. APJ Abdul Kalam, former President of India. On 15 October in the year 2010, Dr. A.N. P.J. Announced to celebrate ‘World Students Day’ every year on the 79th birthday of Abdul Kalam. Known as ‘Missile Man of India’, Kalam was born on 15 October 1931 in Rameswaram, Tamil Nadu. He also served as the country’s 11th President from 2002 to 2007.

Kalam was not only a scientist, thinker, philosopher, but also a teacher. He wanted the world to remember him as a teacher. He was also awarded various prestigious awards and honors. Dr. Kalam is also known as the ‘People’s President’. On July 27, 2015, Dr. Kalam died of a stroke while addressing students at a seminar at IIM Shillong. On the occasion of 89th birthday of Dr. Kalam in the year 2020, the theme of ‘World Student Day 2020’ has been declared as ‘Learning for People, Planet, Prosperity and Peace’.

Today on the occasion of World Students Day, Dr. Kalam read some such Motivation Quotes, which can serve as an inspiration for every human being along with students: 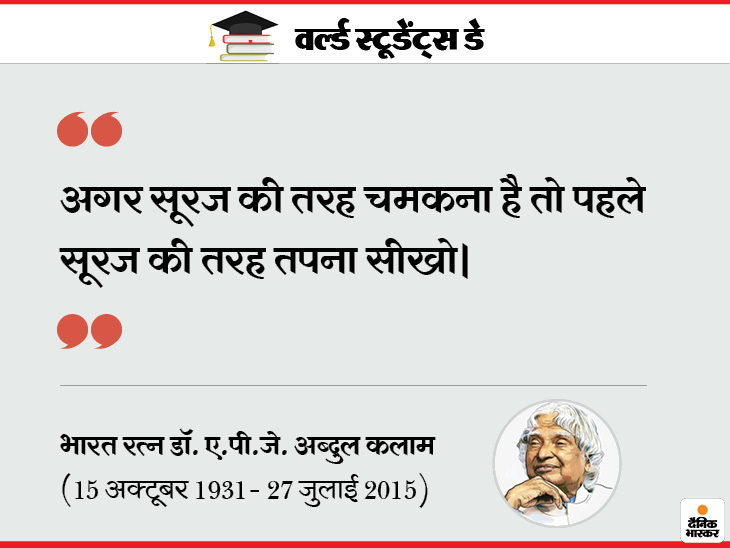 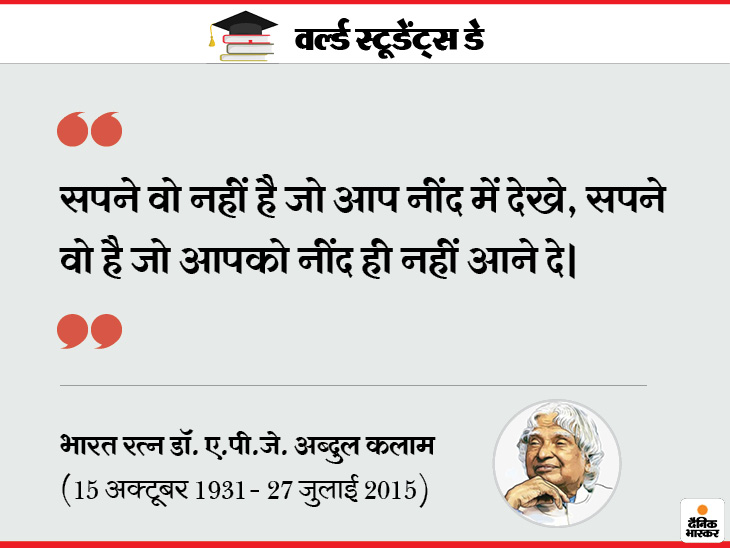 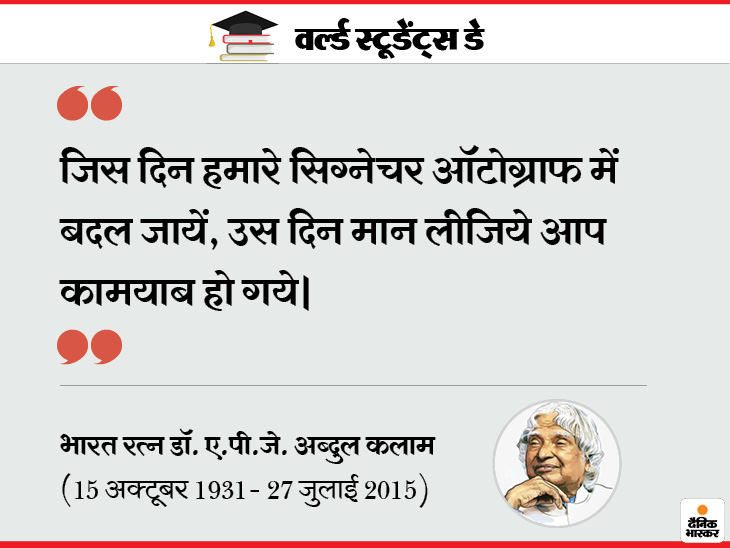 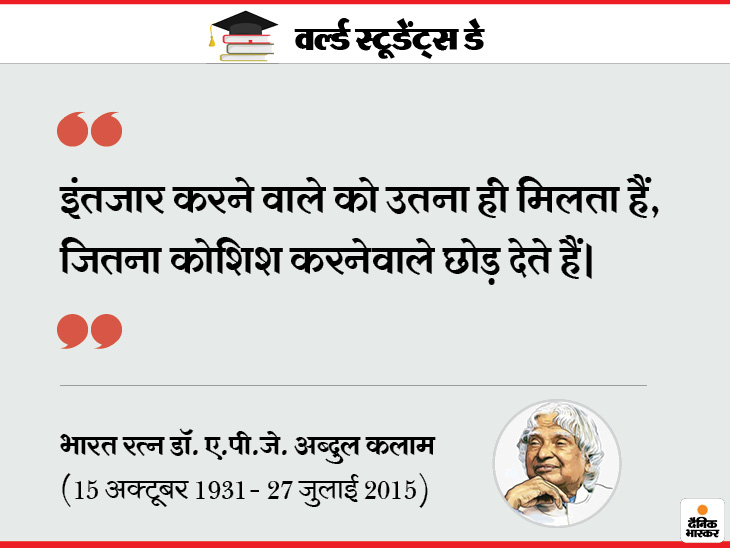 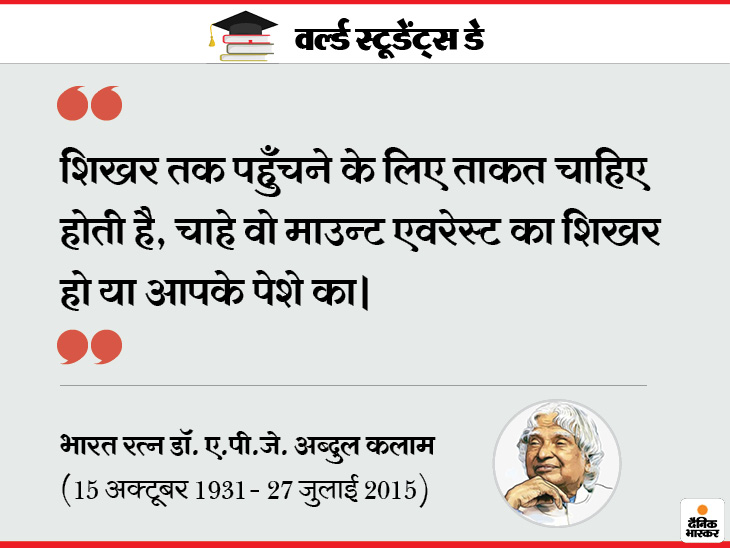 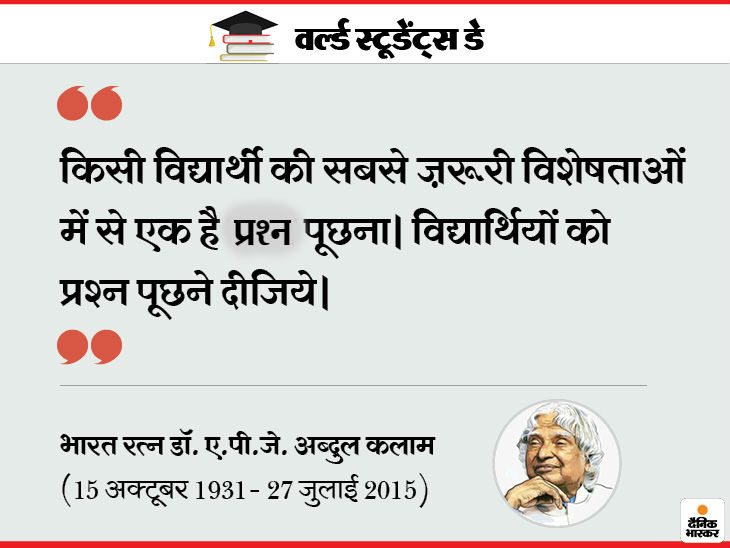 With 3 teams in place in play-offs, 5 teams including KKR in race for number four

16 minutes ago Copy link Around 70% of the IPL season-13 matches are over. Now the battle for a place