Notwithstanding Dragon’s attempts to downplay its role in the spread of pandemic, there is a widespread perception that it concealed the initial coronavirus outbreak and more importantly it misled the world by indicating the virus could not be transmitted from human to human. Several authentic reports are now available suggesting that the top Chinese authorities waited for days to inform that the country was facing the outbreak of a sever coronavirus pandemic. Its irresponsible behaviour is severely criticised. To cover its faults or complicity, China has launched a high voltage media war.

The instruments of media war consist of TV, newspapers, social media platforms, radio and magazines. Recent trend is the use of wolf warriors- young diplomats fiercely attacking other countries. There is a general perception that the media in China is totally under the control of Communist Party. Often some criticism is allowed mainly to identify the dissidents. The Chinese Communist Party continues to censor reporting about the coronavirus (COVID-19) and targets journalists, doctors, activists, academics and critics to control the narrative. The Chinese media war is an important part of its ‘Three Warfares Strategy’ comprising psychological war, media war and legal war. They are all aimed at propaganda to change the perceptions of targets in China’s favour.

The Chinese media campaign is based on disinformation and mendicity. The aggressive media war comprises three dimensions. First, to deny allegations that China withheld the information on the pandemic and to forcefully propagate that it did not originate from China. This involves fabrication of lies and facts. Second, to create a counter narrative to suggest that the allegations against China are motivated and are orchestrated by US and supported by other western countries. Third, to propagate that it is winning the war against the virus and is helping with medical supplies to several nations to deal with the pandemic.

On the origin of Coronavirus, there are two views. While some scientists concluded that the Covid-19 probably evolved naturally and infected humans via incidental contact with a wild or domesticated animal, some others including microbiologist and biosafety advocate Richard Ebright, suggest that Covid-19 escaped from a biohazard laboratory in Wuhan. Dr. Li-Meng Yan, a Chinese virologist, who had fled to the United States fearing persecution by the Chinese authorities, claims that the COVID-19 virus was created at Wuhan lab and is not natural. She also said that the genome sequence of COVID-19 looks like a human fingerprint and added that based on this one can identify that the virus is not from nature.

China took immediate measures to remove all the evidence from Wuhan. It imposed strict censorship so that nothing should leak out from Wuhan. On December 30, eight doctors sent warnings on chat groups about the outbreak. Among the whistle-blower doctors was Li Wenliang, an ophthalmologist. The eight were hauled up by police for “spreading rumours” and forced to sign statements withdrawing their claims. Dr Li later died in February from the Covid-19. Media reports also suggest that Chinese labs studying the novel coronavirus in late December and early January received orders to destroy their samples.

Beijing gave another twist to the theory of origin. Initially Beijing tried to propagate that the virus did not originate from China but came from the U.S. military. Later it propagated that the virus originated at multiple places in the world simultaneously. In May, People’s Daily, the official newspaper of the Chinese Communist Party, pointed out that new evidence suggests ‘multiple origins of the transmission of the virus. Recently, Chinese Foreign Ministry spokesperson Hua Chunying told a media briefing that “the coronavirus is a new kind of virus as more and more facts emerge as reports reveal, we all know that the epidemic broke out in various places in the world at the end of last year, while China was the first to report the outbreak, identified the pathogen and shared the genome sequence with the world.” China through this statement not only tried to project that the virus did not originate in Wuhan but also that it was first to report. Nothing can be farther from the truth. The world knows that it concealed the information for number of days-from end December to the third week of January.

The Chinese authorities are eager to project China’s victory of the ‘people’s war against the virus’ and for this purpose, the state media and social media platforms are being extensively used. The success of the Chinese vaccine is also publicised projecting that all the persons who took the vaccine got cured. However, credible media reports indicate that thousands of its people were injected with its Covid-19 vaccine shots, which are under trial with unproven efficacy. Those who received these shots were made to sign a ‘non-disclosure agreement’.

Since the pandemic emerged, Beijing has relied even more on disinformation and influence operations abroad. Beijing uses large numbers of fake social media accounts to push its messages. ProPublica has tracked more than 10,000 suspected fake Twitter accounts involved in a coordinated influence campaign with ties to the Chinese government. Among those are the hacked accounts of users from around the world that now post propaganda and disinformation about the coronavirus outbreak.

Several fake Facebook accounts surfaced which were created by the Chinese intelligence and CCP for spreading disinformation to attack specific countries and leaders. Trump and US are the main targets though the Chinese information and disinformation campaigns have also targeted other countries viz. Australia, France, and the United Kingdom. They also highlight that the response of the western countries to the pandemic has been disastrous resulting in the loss of millions of persons. China issues tailor-made messages in accordance with its themes for influence operations. The covert collection of big-data and the use of AI help in framing specifically designed posts.

The Chinese diplomats amplify spins to the false messages and disinformation. These wolf-warriors are spewing venom against the target countries, while promoting Beijing as the world leader. The state-controlled media in tandem spread disinformation. The Global Times is routinely carrying out articles to support the Chinese view-point. The main tenor of those articles is to blame US and its allies for accusing China for the pandemic and questioning WHO’s role in concealing the Chinese irresponsible behaviour.

China is aggressively spreading propaganda and disinformation as it provides medical aid to nations fighting pandemic. China is reported to have provided assistance to about 130 countries and organisations and sent medicines and equipment, including test kits, ventilators, disinfectants, and protective face masks. The Chinese aid is politically motivated and a core element of the country’s foreign policy aimed at publicity of its views.

China’s aggressive efforts to propagate that it did not conceal information on the Covid-19 and behaved responsibly is propelled by its nervousness amid increasing pressure of the International Community. The destruction of the samples in Wuhan lab and punishment to the whistle-blower

testify its culpability. It is well established that if China would have imposed lockdown in Wuhan three weeks before the 23 rd January, it would have reduced the spread of the pandemic by 95%. And if it would have informed the world when it learnt about the human to human transmission in the end of December, the world population would have been saved from the onslaught of the pandemic. A Pew Research Centre report reveals that the anti-China sentiments are on the rise world-over reflecting that its propaganda efforts have not wiped out the image of its culpability. According to another study by Sweden-based Lowy Institute, China suffered a diplomatic hit in the wake of pandemic after accusations of withholding information about the severity of the Wuhan outbreak. 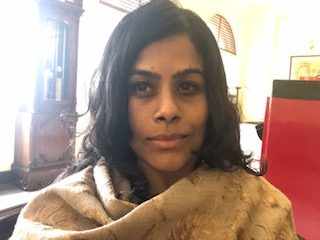 Weapons of mass distraction: #SushantSinghRajput: Bollywood’s in the public eye and at the lowest level of public discourse

Less is more: Moderation is this festival season’s flavour. Sobriety is key to uniting the “good” versus the “evil”

Billionaire Elon Musk, grabbed headlines when he talked about the ‘inaccuracy’ of COVID testing after receiving 2 positives and 2