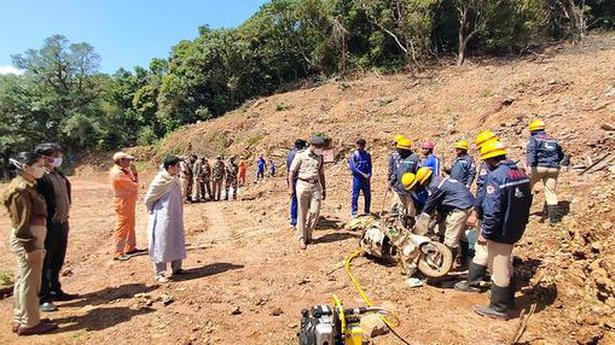 
A drill was staged at Gajagiri hills in Talacauvery in Kodagu on Tuesday to demonstrate the steps taken for rescue during landslips and floods. The demonstration displayed the preparedness of the forces in case of emergencies.

An effort of the Kodagu district administration and the State Disaster Response Force (SDRF), the drill was conducted in the presence of Deputy Commissioner Charulatha Somal, Superintendent of Police Kshama Mishra and other senior officers.

The personnel of the NDRF, the Fire Department, Home Guards, the police and other agencies aiding rescue operations jointly carried out the exercise on how rescue efforts have to be carried by the teams amidst the calamities. Various types of rescue operations were demonstrated mocking a situation of landslips at the hills. The demonstration was carried out at the same site where a major landslip had occurred at Talacauvery last year.

Ms. Somal said the district administration was preparing itself for handling emergencies in the wake of three successive floods and landslips since 2018. The rescue teams were staging the drills at vulnerable sites, demonstrating the preparedness.

Ms. Mishra said the police would extend all support to the NDRF, SDRF and other rescue teams and coordinate with them on handling emergencies.

Importantly, the district administration has prepared the District Disaster Management Plan for bringing into effect preventive and mitigation measures whenever necessary, and chalked out an action plan for the reconstruction and rebuilding of Kodagu.

The ‘template’ of handling disasters and lessons learnt from the experience came in handy for also handling the pandemic in the district, with the district administration working and coordinating with the police, and other key departments during floods for reaching out rescue and relief to the affected.

The coordination that was displayed in handling the crisis last year was notable with the elected representatives, elected bodies and the officials working together as teams to manage the disasters. The administration, in 2019, had estimated ₹1,700-crore for rebuilding Kodagu after the calamities. The loss suffered by the coffee industry was over ₹53-crore while the black pepper industry’s losses had been pegged at ₹83 crore.

Minister in-charge of Kodagu district V. Somanna had said last year that a loss of ₹415 crore had been estimated based on the damage caused to roads, bridges, and other infrastructure facilities across Kodagu during floods and landslides in 2020. As many as 91 villages bore the brunt of floods and nearly 28 villages witnessed landslides. 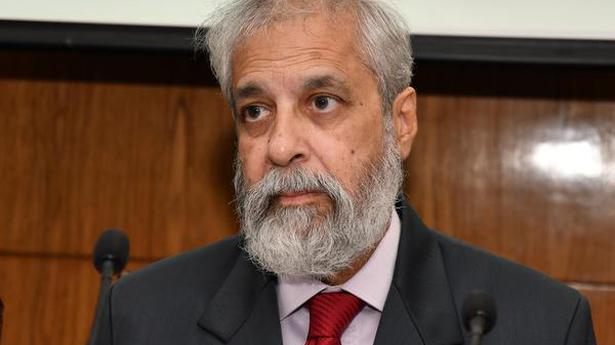 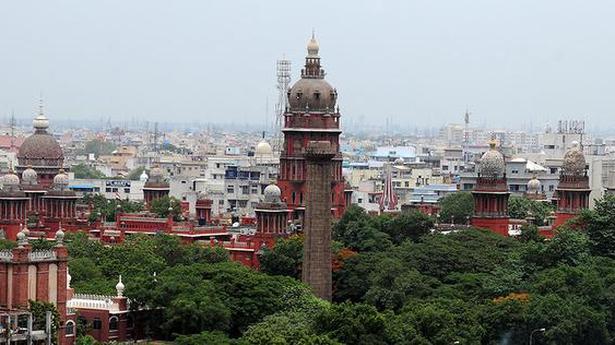 Petitioner points out delay in counselling