So far, over 30 villages have been declared illicit arrack free, after the district police began an initiative that cracked down on bootlegging and also helped bootleggers find alternative employment

Aalagramam, a nondescript village in Mailam block in the district, which was notorious for illicit liquor brewing in the recent past, has become the latest hamlet to join the list of illicit arrack-free villages in the district.

Aalagramam joins a list of over 30 villages across the district that have been declared free of illicit arrack thanks to a drive launched by the District Police by adopting a carrot-and-stick policy.

The police roped in women from the villages to monitor the flow of illicit arrack and persuaded the bootleggers to give up their old ways or face criminal action.

“The drive aimed at making the villages arrack free has made a visible impact in over 30 villages in the district. A rehabilitation plan has been chalked out to provide alternative employment to the former prohibition offenders and also to ensure that they don’t step back into the world of crime,” Superintendent of Police S. Radhakrishnan told The Hindu.

“The police decided to rope in women in the villages to eradicate the social menace since they fully realised the physical and mental trauma it imposes on the future of families,” he said. The women along with the Village Vigilance Police Officers (VVPO) prevailed upon those taking to distillation of liquor, to mend their ways and make use of the rehabilitation scheme of the government, Mr. Radhakrishnan said.

The police arranged for a meeting and also offered support for them by dovetailing various welfare schemes. To start with, notice boards were erected in the village declaring the villages ‘arrack free.’

In the first phase, around 60 prohibition offenders were identified and the police, with the help of government officials helped them set up small business including petty shops and eateries. While the law enforcement authorities continued with sustained vigilance in the arrack free villages, an intensive crackdown was simultaneously launched on bootleggers to nip illicit distillation in the bud. The police invoked the provisions of the Bootleggers Act against 24 arrack brewers and launched intensive raids in vulnerable villages.

Police sources said that smuggling of arrack and liquor through the district’s porous border with the neighbouring Union Territory of Puducherry remained a major headache. After the Puducherry government hiked the prices of IMFL by levying a COVID-19 tax, instances of smuggling of liquor and arrack had come down to a great extent.

“We have now stepped up vigil on 13 check-posts near the inter-state borders. The drive has yielded results and more villages would be declared arrack free in the next six months,” Mr. Radhakrishnan said. 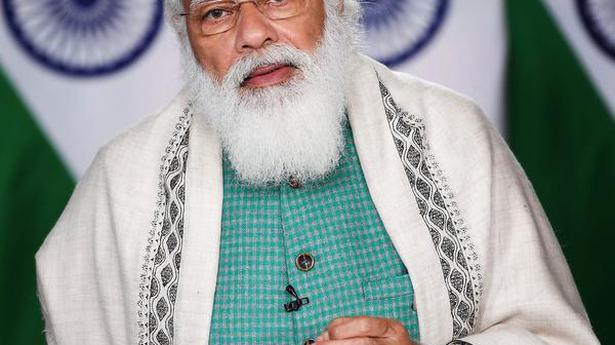