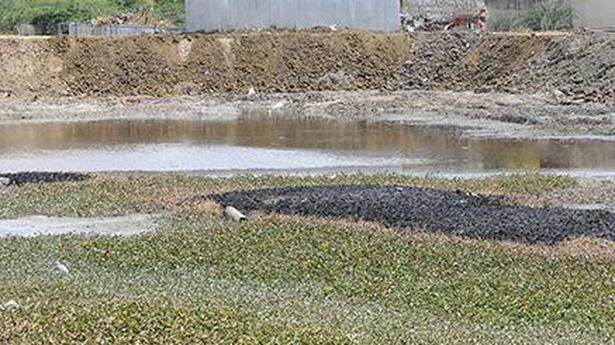 While the south portion of the lake was renovated by the Pallavaram Municipality last year, the north portion was desilted and deepened in 2019 through the efforts of the residents in the locality at a cost of over ₹20 lakh.

Residents and social activists of Pallavaram are disheartened by the utter disregard the Pallavaram Municipality has shown to the constant dumping of solid waste into the Putheri lake.

Residents said all the hard work and money spent to renovate the lake a few years ago had been made futile by the unauthorised dumping of garbage. The lake is located a few kilometres from the Pallavaram Periya Eri, and was spread over more than 10 acres but was split into two portions with the laying of Pallavaram-Thoraipakkam Radial Road.

While the south portion of the lake was renovated by the Pallavaram Municipality last year, the north portion was desilted and deepened in 2019 through the efforts of the residents in the locality at a cost of over ₹20 lakh.

Pasumai Babu of Pasumai Peruga Sutham Sey, a non-governmental organisation, involved in protecting waterbodies in and around Pallavaram, said all the effort and funds to clean the northern portion had been wasted. He alleged that the lake was already falling victim to encroachments.

Though the officials of the Municipality were removing the garbage from the lake using excavators on Sunday, residents complained that mounds of plastic waste had ingressed and ecologically damaged the lake.

Social activist V. Santhanam said while the State government took steps to protect Pallavaram Periya Eri, the local officials had failed to maintain the lake. He also complained that the police had not taken any steps and was yet to even give a community service report for the complaint filed against the waste dumpers on December 31, he charged.

Pallavaram Municipality Commissioner C. Mathivanan said the south side of the Putheri Lake was renovated through the Corporate Social Responsibility funds. He said the municipality had removed over four lorry loads of garbage and has proposed to install CCTV cameras to prevent further illegal dumping. 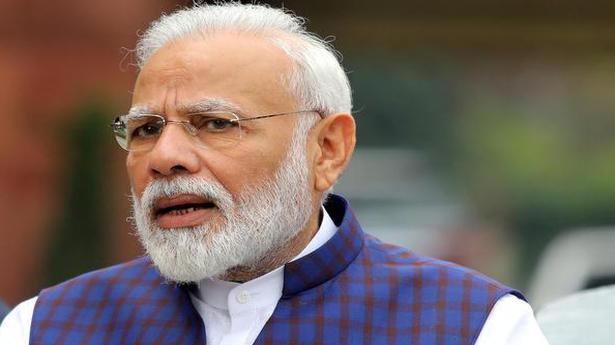 Bengaluru’s COVID-19 story may have got better, but doctors advise caution