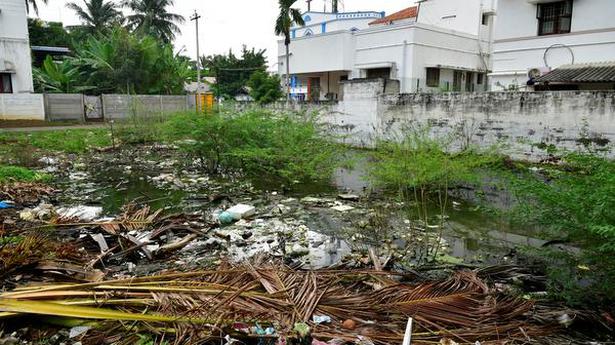 
Residents of Selva Nagar in the city are irked by water stagnation and indiscriminate garbage dumping at an empty site in their locality. Citing public apathy, residents say that attempts to remove the garbage by the civic body have failed, they say.

Private property in Selva Nagar, Pon Nagar in Karumandapam is filled with water, stagnated due to the recent rains. The plot is also used as a garbage dump yard by most residents in the area, residents in close proximity to the site say. “We have to lock up our windows and doors in the evening as the mosquitoes breeding in the area are unbearable. Some houses closer to the plot keep their windows permanently shut,” a resident said.

The residents say that while sanitary workers of the civic body clean up the area regularly, the garbage continues to pile up. “Door-to-door garbage collection here is regular and the civic body cannot be blamed. The residents are irresponsible and do not hand it over to the workers,” another resident said. A church lies close to the site and those visiting it for prayers are put off by the terrible site, he added.

A small shop owner overlooking the site said that she had submitted several representations to the Tiruchi City Corporation seeking their intervention on the matter. She had also become involved in several quarrels regarding the matter, she said.

“I have given up now. I see many residents of a nearby apartment complex throw garbage into the site when they drive past it. When I informed the civic body, they asked me to identify the miscreants. Is that my job? When I request them to stop throwing garbage in the site, they ask me to mind my own business, why should I be the bad person?” she asked. 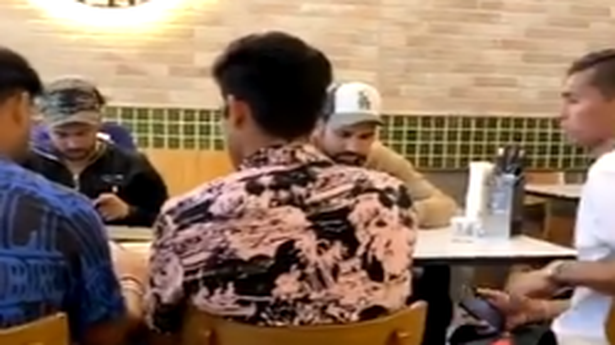