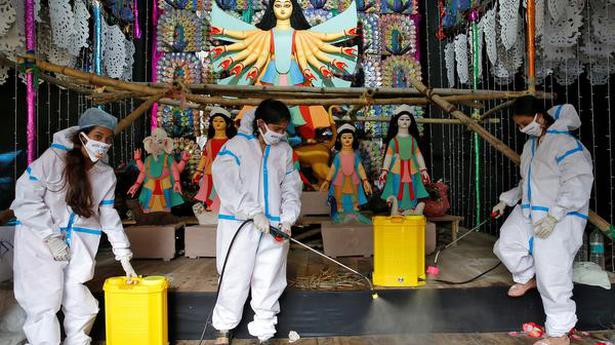 Chief Minister Mamata Banerjee had announced on September 24 the ₹50,000 grant for each of the 36,946 Durga Puja committees in the State.

The Calcutta High Court directed the community Durga Puja organisers in the State on Friday to spend 75% of the ₹50,000 grant given by the West Bengal government on the procurement of COVID-19 protection equipment and the rest on strengthening public-police bonding.

A division bench comprising justices Sanjib Banerjee and Arijit Banerjee directed that the money given by the State to the Durga Puja committees cannot be used for any other purpose, and purchase bills have to be submitted to the authorities for audit.

Chief Minister Mamata Banerjee had announced on September 24 the ₹50,000 grant for each of the 36,946 Durga Puja committees in the State.

“Due to the COVID pandemic, it has been a tough time for all of us. We have decided to provide ₹50,000 grant to each of the Durga Puja committees,” she had said addressing a Durga Puja Coordination meeting here.

CITU leader Sourav Dutta moved the petition on October 9 before the division bench, challenging the grant and other doles such as discounts on application fees for permissions from fire brigade and power distribution companies.

The petitioner claimed that such a grant is against the concept of secularism in India and that it hurts the fundamental rights provided in the Constitution.

During arguments, the state government told the court that the grant is for “secular purposes” like buying Covid safety equipment and for public-police bonding.

The court directed that 25 per cent of the ₹50,000 grant to each of the committees will be used for strengthening public-police bonding and inclusion of more women in community policing.

It also said that the rest 75 per cent of the funds have to be utilised for purchase sanitisers, masks and face shields.

It directed that bills of such procurement should be submitted to the authorities in respective districts for auditing and a report will have to be submitted by the State government before the Court after the Durga Puja vacation, when the matter would be taken up for hearing again.

The Court also said that the interim order should be distributed to all Durga Puja committees through leaflets and an affidavit would have to be submitted by the state authorities on compliance. 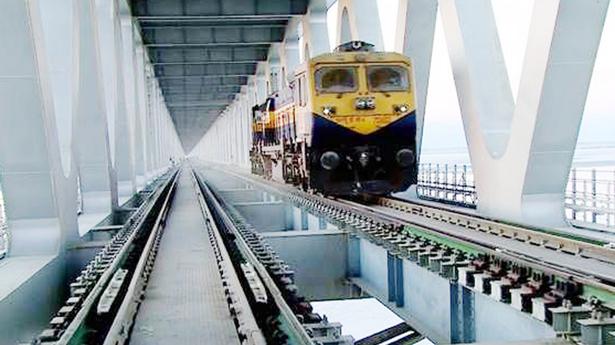 The demand will be made through the second supplementary demands for grants. The government will seek Parliament’s approval for ₹37,000-crore

GLASGLOW: Amid the anti-government movement in the country, a political activist from Mirpur in Pakistan Occupied Kashmir (PoK) has slammed

Four years in, Trump has plenty of unfinished business – Times of India

US sets coronavirus infection record; deaths near 224,000 – Times of India