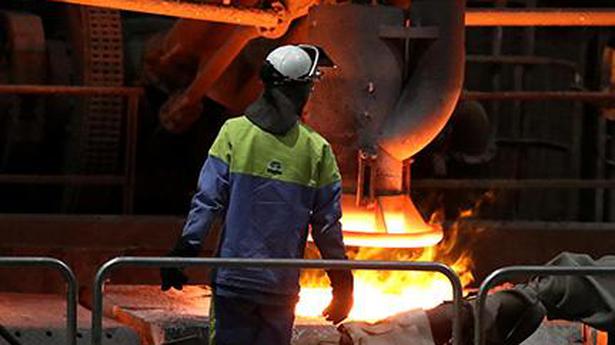 
The proceeds from the sale of Tata Steel Europe’s Netherlands plant to SSAB of Sweden will go towards reduction of debt, the steelmaker said on Tuesday.

The due diligence would be completed in two months following which the transaction value would be known, the top brass of Tata Steel said. The deal would further strengthen the company’s balance sheet.

The 7.5-million tonne per annum plant in the Netherlands is being separated from Tata Steel U.K. to facilitate the sale. The Netherlands unit does not have any material debt, Koushik Chatterjee, ED and CFO, Tata Steel, said. This year, Tata Steel has already reduced debt by ₹8,000 crore and efforts are on to pare more debt. The company has a target to reduce debt by $1 billion every year.

T.V. Narendran, CEO and MD, said Tata Steel had been improving its performance quarter by quarter and the next two quarters in India would be better than the previous quarters.

IndiGo to charge ₹100 for check-in at airport counters