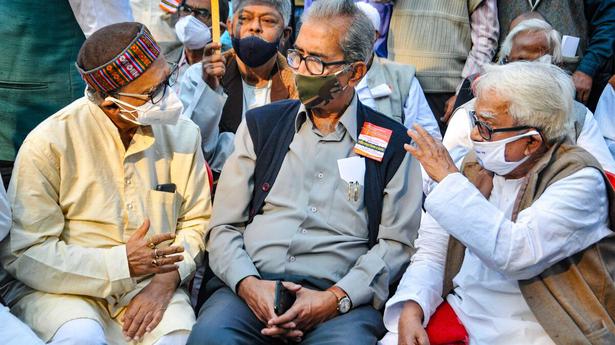 
One of the first major opinion polls conducted in the backdrop of the upcoming West Bengal Assembly elections exhibited a dismal 12% vote share for the pre-poll alliance of the Left parties and Congress. While there is no reason to have blind faith in opinion poll results, there is little doubt that the Left-Congress alliance will become a distant third in the elections. The top two spots would be claimed by the Trinamool Congress (TMC) and the Bharatiya Janata Party (BJP), in no particular order.

Duverger’s Law, theorised by French sociologist Maurice Duverger, states that single-ballot plurality-rule elections (such as first-past-the-post) structured within single-member districts tend to favour a two-party system. In the first-past-the-post system, the candidate winning the highest vote share in a constituency becomes the winner. And the electorates often choose candidates who are most likely to win. This mentality of the voters certainly affects the prospect of the third party/alliance. The electorates often care about the overall winnability of the political parties to form the government as well. For example, it is widely believed that many ‘floating’ Left voters of West Bengal voted for the BJP in the 2019 Lok Sabha elections.

Stanford politicial scientist Gary W. Cox modernised Duverger’s Law and made it more operational in his 2002 book titled Making Votes Count. Duverger’s Law is criticised by some experts as the first-past-the-post system of voting has no tendency to produce two-party politics outside the U.S. In fact, India is often regarded as an exception to this law at the national level, but not at the district level. In the 2016 West Bengal Assembly elections, the combined vote share of the Left and Congress was 32%; in the 2019 Lok Sabha elections, it shrunk to a mere 12%. And if the opinion poll is any sort of indication, Duverger’s Law might affect the poll prospect of the third force in West Bengal. Will the alliance’s vote share increase, or will it shrink further?

While analysing voter behaviour with respect to the previous election, voters can be classified into three groups: Stickers, Switchers, and the Undecided. The last two groups constitute the ‘swing’ voters. While Stickers vote for the same party as in the previous election, the voting pattern of the swing voters can be explained by Game Theory models. Let’s illustrate a situation like West Bengal using a set-up where three major parties/alliances – A, B, C – and ‘Others’ combining the remaining are contesting the election. Let’s suppose the vote shares of each of the top two parties are around the 40% mark. C is poised to get 12% support, and the remaining vote share is attributed to the Others. For each party/alliance, a part of their support comes from swing voters who are open to voting for any other party as well. Although the swing voters might care for the ‘winnability’ of the parties in terms of forming a government, for which more than 50% of the seats are needed, the ‘vote to seat conversion’ is a complicated non-linear mechanism in our electoral system – more so due to the multiparty set-up. Therefore, ‘winnability’ is often a perception, and not quite backed by simple calculations or numbers.

Let’s suppose the voters believe that neither of the top two parties can form a government of their own even if all the swing votes are pooled in their bag, and it is believed that A and B will not form the government together. If both the top parties are eager to resist the other, in the possibility of a hung assembly, an equilibrium maybe obtained if all the swing voters switch to C, provided it is believed to be open to allying with both A and B, if needed, to form a government. This might do wonders for the electoral prospects of C. For example, in 2018, despite winning only 37 seats in the Assembly, H.D. Kumaraswamy could become the Karnataka Chief Minister through an alliance with the Congress, which had 80 seats.

However, in the possibility of a hung assembly, if the electorate believes that the Left-Congress alliance would be reluctant to ally with the TMC or the BJP, the 2018 Karnataka moment is very unlikely to occur for the Left-Congress alliance in 2021 Bengal. The alliance will not get the swing votes of other parties, and a part of its own swing voters might even go to the TMC and/or the BJP. Duverger’s Law would work to shrink the vote share of the alliance further in this case. So, public perception really matters.

Also, if it’s believed that the total swing votes are substantial to take the TMC and/or the BJP beyond the halfway mark, the Left-Congress alliance’s swing voters might be influenced by the ‘bandwagon’, and the alliance’s own vote share might shrink further.