The YSRCP has no trust in the mobile app – eWatch, which was launched by the State Election Commission (SEC) for monitoring the panchayat elections, party spokesperson and MLA Ambati Rambabu has said.

Addressing the media here on Wednesday, Mr. Rambabu said the app was aimed at benefiting the TDP. “The app has been designed and developed in the TDP office,” he alleged.

Referring to the arrest of TDP State president and MLA K. Atchannaidu, the YSRCP leader said the government was not involved in it.

There was evidence that Mr. Atchannaidu had threatened a contestant against filing his nomination papers, and the police did their duty, he said.

Criticising Mr. Atchannaidu for warning the police of action soon after the TDP comes to power, Mr. Rambabu said the TDP leaders were daydreaming of such a prospect, not realising the fact that the people were going to reject them for ever.

Referring to State Election Commissioner N. Ramesh Kumar’s visit to Gollalagunta in East Godavari district, where the husband of a sarpanch candidate died under suspicious conditions, Mr. Rambabu said the role of the SEC was to oversee the smooth conduct of elections and not to make visits to the families of TDP-backed contestants. “Investigation has to be carried out by the police and not the SEC,” he said.

Stating that the government had no reason to attack either TDP president N. Chandrababu Naidu or his leaders as they had become “politically irrelevant,” Mr. Rambabu criticised TDP leader Pattabhi Ram for not filing an official complaint on the attack on his car and instead choosing to cast aspersions on the YSRCP.

Only protocol VIPs to get preference on Vaikunta Ekadasi 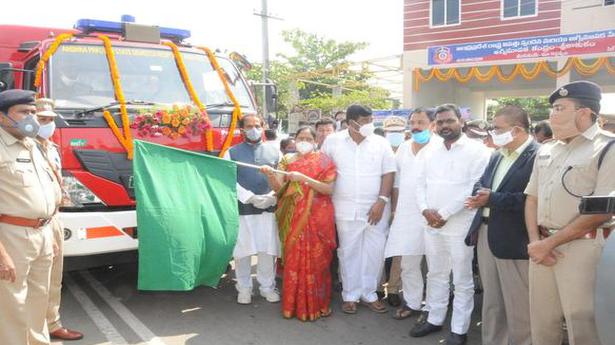