NEW DELHI: In a big boost to the Yogi Adityanath government, Uttar Pradesh jumped 10 places to occupy the second spot in the ease of doing business ranking of states released on Saturday.
According to the annual ranking released by the Department for Promotion of Industry and Internal Trade (DPIIT) today, Andhra Pradesh retained the top spot for the third time in a row while Telangana slipped one place to settle at the third position.
“Uttar Pradesh occupying the second spot in ‘Ease of Doing Business’ ranking is proof of the state’s push for fulfiling Prime Minister Narendra Modi’s goal of Atmanirbhar Bharat,” chief minister Yogi Adityanath tweeted shortly after the release of the rankings.
In a series of tweets from its official handle, the Uttar Pradesh government highlighted various reasons behind its marked improvement in the rankings and said that its performance indicates that entrepreneurs are receiving the benefits of reforms implemented by the chief minister.
“UP has left several leading states like Gujarat, Telangana, Rajasthan, Maharashtra etc. behind in this ease of doing business rankings,” it said.

This year’s exercise was completely based on ‘User feedback’. Attaining the 2nd rank across the country indicates t… https://t.co/pTTTCiuE6L

The state government tweeted that it has implemented 186 out of the 187 reforms suggested by the DPIIT.
It said the reforms were spread across several areas such as labour regulation, online single window, access to information & transparency, land administration, construction permit, commercial disputes, inspection enablers etc.
“More than 20 departments such as Invest UP (Udyog Bandhu), Labour dept., Pollution Control Board, Commercial Tax, Power, Stamp & registration, IDAS, Excise, Food safety & drug and many others were part of this journey in implementing these reforms,” the state government tweeted.
The Yogi-led government said it has successfully introduced various IT-driven modules to make the state business-friendly and listed “Nivesh Mitra” as one of the major reasons behind its performance. ‘Nivesh Mitra’ is a single-window platform that was launched during the UP Investors Summit in 2018.
“In a period of 2 years, ‘Nivesh Mitra’ received around 2,29,936 No-objection Certificates (NoCs) applications, out of which Nivesh Mitra has already disposed-of 94% applications to grant NOC/Licenses to entrepreneurs,” it said.
“Maximum approval of BRAP 19 reforms and Higher User feedback satisfaction record on Nivesh Mitra portal have played a critical role in achieving this remarkable milestone for UP,” said Alok Kumar, additional chief secretary, Infrastructure & Industrial Development. 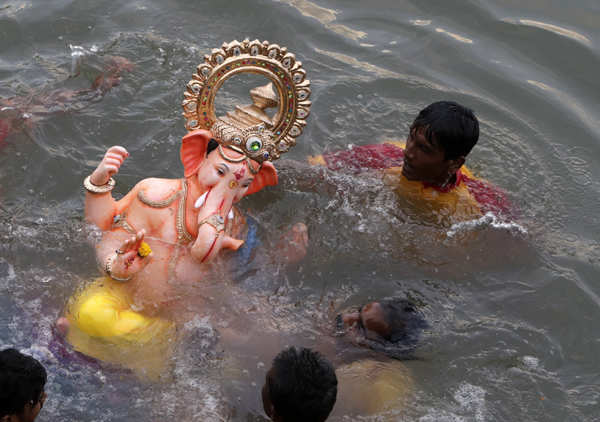