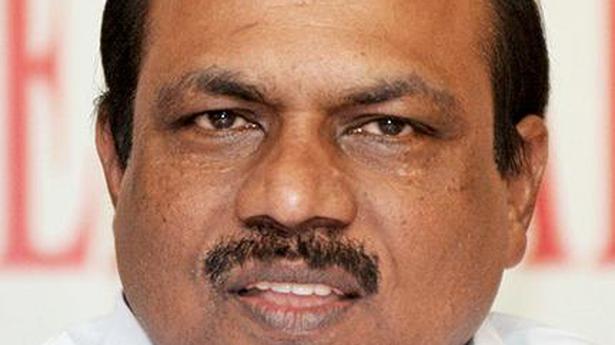 
The Indian Union Muslim League (IUML) has condemned the arrest of its MLA V.K. Ebrahim Kunju in connection with the Palarivattom flyover scandal.

IUML general secretary P.K. Kunhalikutty, MP, and working secretary E.T. Mohammed Basheer, MP, described the arrest as “untimely and politically motivated.” They said here on Wednesday that the arrest was done as part of a pre-planned political agenda not only to balance the damage being suffered by the Left Democratic Front (LDF) government, but also to divert the attention from the investigations being conducted by Central agencies against those in power in the State.

“A detailed investigation was done in the flyover case. Mr. Kunju had been served notice and summoned as per sections of the Code of Criminal Procedure. And the arrest now, immediately before the chargesheet is filed in court, is untimely and with ill-motive,” said Mr. Kunhalikutty

The IUML leaders said the party would deal with it politically and legally. “We will expose the LDF designs before the people,” they said.

Leader of the Opposition Ramesh Chennithala threw the UDF’s weight behind Mr. Kunju. He said Chief Minister Pinarayi Vijayan had prevailed on the VACB to target the IUML leader for diverting public attention from the multiple Central investigations into the “criminal profiteering and nepotism” at the apex of the government.

Former Chief Minister and Congress Working Committee member Oommen Chandy said Mr. Kunju had followed norms and the government had foisted the case on him to make the UDF appear worse off than the scandal-plagued LDF.