The Water Resources Department is set to complete work on desilting a portion of the Adyar as part of its eco-restoration project by this month-end.

The 25 km stretch of the river from the Thiru. Vi. Ka. bridge to the Tiruneermalai bridge would sport a clean look as the department is finishing the improvement work at a cost of ₹94 crore. About 10 lakh cubic metre of silt was removed from the riverbed as part of the project. Work is being carried out near Jaffarkhanpet now.

Officials of the department said while a portion of the earth removed was used for strengthening the flood banks, the remaining loads of silt were conveyed to dumping yards at various places, including Perungudi and Kodungaiyur.

While desilting has been completed even on the encroached portions of the river, nearly 5,000 structures are waiting to be removed as alternative housing for the residents is not yet ready. Encroachments need to be cleared in areas such as Burma Colony, Satya Nagar, Surya Nagar, Mallipoo Nagar, MGR Nagar, Thideer Nagar near Saidapet and Kesavapuram, said officials.

About 11,400 encroachments were identified along the Adyar. An eviction drive was carried out along the riverbanks in 2016.

Besides widening the river from 80 m to 400 m (near the Thiru.Vi.Ka. bridge) on various stretches, the department has built flood protection walls to a distance of 1,600 m at vulnerable points. “We have built retaining walls near the Saidapet railway bridge, Jaffarkhanpet and the Nandambakkam check dam. A 400 m retaining wall has been constructed near the point of confluence of the Adyar and the Chembarambakkam reservoir,” said an official.

However, work on building the retaining walls, which were damaged during the 2015 floods, on a 2 km stretch from the Jaffarkhanpet bridge has not been taken up for want of funds. Such walls were essential to protect localities along the river from floods.

The river carried more than 25,000 cusecs (cubic feet per second) of floodwater during the northeast monsoon last year.

The department is awaiting coastal regulation zone clearance to take up a similar improvement work on the portion between the Adyar river mouth and the Thiru. Vi.Ka. bridge through the Chennai Rivers Restoration Trust. 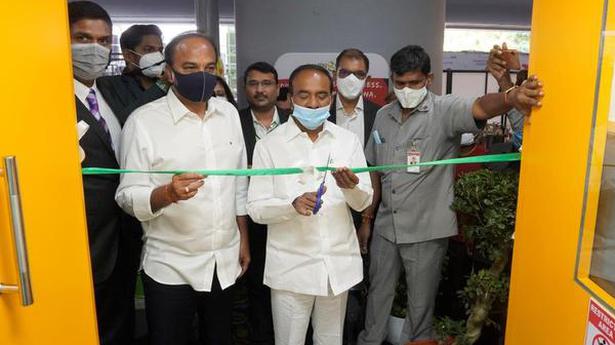