The Enforcement Directorate (ED) has requested the Prisons and Correctional Services to investigate the “intentional disclosure” to the media of a voice-recording purportedly belonging to gold-smuggling case accused Swapna Suresh.

The widely circulated voice clipping had triggered a controversy with the narrator implying that “investigators” had “coerced” her into giving evidence against Chief Minister Pinarayi Vijayan. The ED had pointed out that the narrator did not name any agency.

However, the ED perceived that the appearance of the voice clipping heralded by digital captions on a website with a marked political slant pointed to a plot to discredit its investigations. Sources said the ED had requested the prisons department to share its findings with the agency. The department has, in turn, sought the help of the State police to get to the bottom of the matter.

A preliminary inquiry by the prisons department suggested that the voice might belong to Swapna. However, officials said it was unlikely that her voice was recorded in prison. Swapna had served time in the sub-jail in Kakkanad following her arrest by the National Investigation Agency from Bengaluru in August. Currently, the suspect is a COFEPOSA (Conservation of Foreign Exchange and Prevention of Smuggling Activities Act) detainee at the Attakulangara Women’s Prison here.

Officials said Swapna was under tight watch at the prison. She is permitted to meet close relatives once a week on Wednesday. Applications to meet Swapna are sent to the Customs department for vetting. So far, the jail department has allowed only her mother, children, and husband to meet her. Customs and jail officials are invariably present at the meetings. 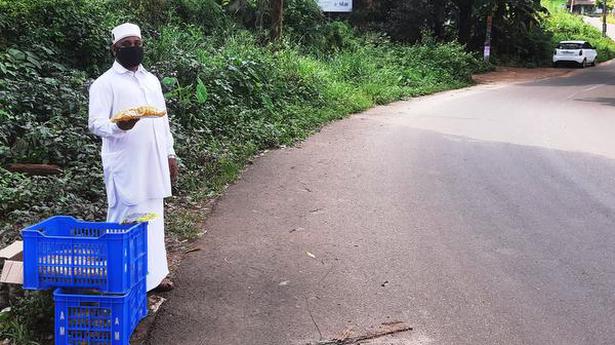