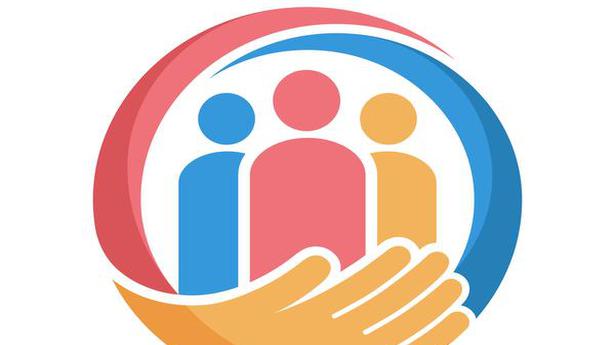 In the Devendrakula Velalar issue, it is unique for a community to highlight the need for social advancement in order to be delisted

In a rare exercise last week, the Government of India tabled the Constitution (Scheduled Castes) Order (Amendment) Bill 2021 that seeks to give effect to a long-standing political demand to group seven Scheduled Caste subsects in Tamil Nadu under the heritage name ‘Devendrakula Velalar’ (DKV). The subsects include Devendrakulathan, Kadaiyan (excluding the coastal areas of Tirunelveli, Thoothukudi, Ramanathapuram, Pudukottai, Thanjavur, Tiruvarur and Nagapattinam districts), Kalladi, Kudumban, Pallan, Pannadi and Vathiriyan. These subsects have a predominant presence in south Tamil Nadu, which is a communally sensitive region.

Caste-based political parties and organisations, spearheading the demand, feel that shedding individual Dalit caste tags would help in the social advancement of the community. Their argument is that existing caste names were being used more in a derogatory sense to belittle the community. The DKVs, they insist, were prosperous wetland owners, and not oppressed sections, socially or economically. Besides, these seven Scheduled Caste subsects share similarities, culturally.

The demand for such grouping has its genesis in latter day British India when these subsects were included under the Scheduled Castes on the basis of their economic conditions. However, the voices remained feeble for long, only gaining traction in the 1990s with the emergence of influential community leaders such as K. Krishnasamy (founder, Puthiya Tamilagam) and John Pandian (founder, Tamizhaga Makkal Munnetra Kazhagam). Caste clashes between the Mukkulathors, an Other Backward Classes (OBC) community, and the Pallars, in the latter half of 1990s over the naming of districts and transport corporations after community leaders, led to a community consolidation.

By the turn of the millennium, the community leaders placed an unusual additional demand — to delist the seven subsects from the Scheduled Castes arguing that being in the Schedule, instead of being a facilitator, served as a detriment to social advancement. This was at a time when some OBC communities were vociferous in wanting to be socially devalued and included among the Most Backward Classes.

Mr. Krishnasamy, as MLA, periodically raised the twin demands of grouping and exclusion from the Scheduled Castes list. Mainstream parties were cognisant of these demands but treaded cautiously given the sensitivity of the subject and the dissent among sections of the subsects over the ‘delisting’ proposal. Delisting and shuffling of castes from one reserved social class to another was fraught with political and administrative risks. It could not only disturb the internal sharing of the communal reservation quota pool by existing castes, but also invite objections from other communities or spur political demands for similar reclassification.

In February 2011, Chief Minister M. Karunanidhi (Dravida Munnetra Kazhagam) responding to an appeal from senior Congress leader S. Peter Alphonse, constituted a one-man committee headed by Justice M.S. Janarthanam (retd.) to examine the grouping of the seven sub-castes. A change in regime in May 2011 halted progress.

However, in 2015 the issue drew national attention when the Bharatiya Janata Party (BJP) leadership, sensing a political opportunity to consolidate a vote bank in Tamil Nadu, a State where it has minimal presence, threw its weight behind the demand. As per Census 2011, the seven subsects constitute about 17.07% of the Scheduled Castes. In the southern districts, the concentration of their population in many constituencies would be far greater.

Amit Shah, then BJP president, along with S. Gurumurthy, co-convener of the Swadeshi Jagran Manch, at a public meeting organised by M. Thangaraj of the Thevendrar Thannaarva Arakkattalai, endorsed the demand. Mr. Krishnasamy, suspicious of Mr. Shah’s intent then, has since veered toward the BJP. Mr. Shah took it forward by arranging a meeting between a delegation led by Mr. Thangaraj and Prime Minister Narendra Modi, who instantly offered support if the State government submitted a report.

Steps to a review

But State Chief Minister Edappadi K. Palaniswami’s All India Anna Dravida Munnetra Kazhagam (AIADMK) government was wary of being seen as hasty. It set up a committee headed by S. Sumathi, Professor of Anthropology, University of Madras, to study the issue. Her report, “Devendrakula Velalar – Cultural and Social Patterns of Seven Sub-Communities”, was not made public, but it favoured a grouping of the subsects.

To win over the Puthiya Tamilagam ahead of the last parliamentary elections, Mr. Palaniswami constituted a committee headed by Hans Raj Verma, IAS, to make recommendations on the demand. Significantly, the government had eliminated the Vathiriyan caste from the purview of the panel as there was opposition from the community to being classified under DKV.

With pressure from Mr. Krishnasamy mounting and the AIADMK fearing an erosion of its traditional support base of Mukkulathors due to the sidelining of the close aide of former Chief Minister Jayalalithaa, V.K. Sasikala, who belongs to the community, Mr. Palaniswami decided to act. In the midst of electioneering in December 2020, he announced that he would write to the Centre to classify the seven subsects (including Vathiriyan) as DKV following the Verma panel recommendation.

Picking up the gauntlet

The Centre lost no time and tabled the Bill in Parliament just a day before Mr. Modi visited Chennai on February 14, where he sought to personally connect with the community by saying, “Devendra rhymes with my own name Narendra”.

While community leaders see the Bill as a ‘crescent’, they still insist on the fulfilment of the second demand of exclusion from the Scheduled Castes for a ‘full moon’ to rise. However, there has been opposition from within. A section of Pallars and other castes is apprehensive of losing the benefit of Scheduled Castes reservation, which is essential for access to higher education and government job opportunities.

While electorally, the AIADMK-BJP alliance could now aim to consolidate the DKV vote bank, like any caste issue, it has its share of trouble. Apart from the resistance from the Vathiriyans, who even moved court challenging the demand for grouping, there is an undercurrent of resentment from within the Vellalar community, an influential OBC segment, to the assignment of the DKV title. The traditional Vellalars are spread across Tamil Nadu under sub-groups such as Kongu Vellalar, Thuluva Vellalar, Saiva Vellalar, Choliya Vellalar, Chera Vellalar and Pandya Vellalar.

Claiming entitlement for the exclusive use of the ‘Vellalar’ title, they see the demand for use of the same title by the Dalit subsects as “identity theft” and “cultural misappropriation”. They claim that the use of the ‘Vellalar’ title by the subsects was a modern day inclusion by community leaders and not a historic practice. They have no objection to the social advancement of the seven subsects including their demand to be delisted from the Scheduled Castes. The Vellalars suggest that the subsects could be grouped under the title ‘Devendrakulathars’ or ‘Devendrakulars’, but not ‘Vellalar’; an electoral fallout cannot be ruled out.

Also read | When Dalits were also landowners and Vellalas slaves

In fact, some Vellalar representatives have argued that in the parliamentary elections, the AIADMK-BJP alliance was hurt in Vellalar-dominated western region, its traditional stronghold, due to their backing of the DKV classification demand. They claim that Mr. Palaniswami, a Kongu Vellala Gounder, was unable to consolidate the community’s support. However, considering the anti-Modi sentiments prevalent then and in the absence of psephological evidence, it would be hard to judge if the community voted against the ruling alliance over the issue of using the Vellalar title.

Among the Dalits too, opinion is divided on the grouping of subsects under a common title. There are apprehensions that over time, this could trigger arguments as to which of the larger groups is numerically stronger, thereby clouding the larger Dalit cause. This section argues that Dalits as such cannot be treated as a homogeneous group considering the differences within in terms of social status and geographical identity.

Whatever the outcome of the current move, it is indeed unique for a community to have placed social advancement as priority to be delisted from the Scheduled Castes forgoing the concessions it offers. Also, this would be a precedent for using anthropological study for social grouping in Tamil Nadu. Politically, though, this would remain a trapeze walk.