Satish Jarkiholi is among the contenders; candidate to be finalised after a second meeting

Former Minister and chairman of KPCC selection committee for Belagavi Lok Sabha byelection M.B. Patil has said that there were eight aspirants for party ticket, including former Minister Satish Jarkiholi, and the candidate would be finalised after a second meeting after a week.

Speaking after holding a meeting of aspirants and party leaders at the party office in Belagavi on Saturday, he said that the election would be fought under the leadership of Mr. Jarkiholi and the opinions of former MLAs and party leaders had been considered.

“This is the first meeting and names of eight aspirants have come up in the meeting. All leaders have openly expressed their feelings and opinions and a second meeting will be held within a week. The candidate will be finalised after the second meeting and sent for approval of the high command,” he said.

Mr. Patil said that all the party leaders were united on the issue and together they would fight the election. Regarding leaders who remained absent in the meeting, he clarified that they would be participating in the second meeting. Mr. Jarkiholi, MLAs Laxmi Hebbalkar and Mahanthesh Kaujalagi, former Minister H.M. Revanna, former MLA Firoz Sait, and others were present.

Speaking to presspersons later, Mr. Jarkiholi said that he would abide by the decision of the party on the candidate for the Belagavi Lok Sabha byelection. He said that there were 7 or 8 aspirants for party ticket and opinions and suggestions of the party leaders and workers would also be taken by the party. He asked the party workers to convey their feelings and opinions to the committee in the next 10 days. On whether he was interested in contesting, he said that he would abide by the party’s decision. 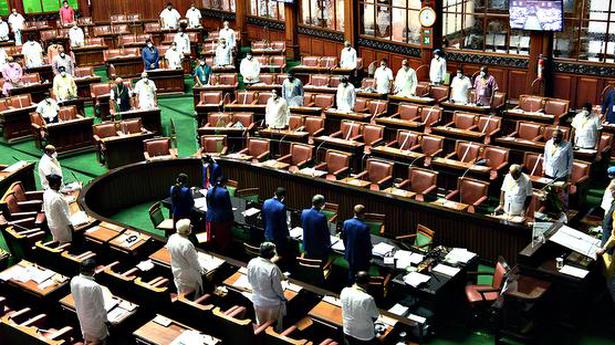