The total number of cases on the IIT Madras campus is now 191, while six out of 550 persons tested at Anna University were positive for the infection, TN Health Secretary J. Radhakrishnan said

Eight more persons have tested positive for COVID-19 at the Indian Institute of Technology, Madras (IIT Madras), taking the total number of cases on campus to 191. All persons at the hostels including workers were tested, Health Secretary J. Radhakrishnan, said, following an inspection at IIT Madras on Wednesday. At Anna University, only six persons out of the 550 tested were found to be positive for the infection, he said.

Till Tuesday, 183 persons – a majority of them students – had tested positive for COVID-19 at IIT Madras. Of the samples lifted from 141 more persons on Tuesday, only eight returned positive for the infection. This brought the total number of persons tested to 1,104 persons, of which a total of 191 persons were infected at the institution.

“At Anna University, two persons were symptomatic but were negative for COVID-19. Of the 550 tested at the university, only six were found to be positive for COVID-19 — that is one per cent. There is no need to panic,” Mr. Radhakrishnan said.

Testing would be conducted in hostels of educational institutions in a phased manner, while colleges that have one mess and one dining hall should arrange for takeaway food, he added. He said that 100% checks would be conducted at construction sites.

The main issue was a lack of wearing masks. He cautioned firms of action if they do not adhere to the standard operating procedures.

The Health Secretary also said the public health department would take up random testing in places where more than 20 persons converged. “The government is keen on testing 70,000 samples on an average every day,” he added.

The Greater Chennai Corporation has set up teams in various places such as entry points of hostels and shopping complexes. “We follow intensive testing, isolation, treatment and contact tracing. We have started saturation testing,” he said. Though there are a few clusters, COVID-19 cases are under control and are on the decline in the State, he said.

Following this, the Health Secretary conducted an inspection at Chengalpattu district. Speaking to reporters, he noted that active cases have dropped below 10,000.

“Presently, there are 9,951 persons in hospitals and under home isolation. At one point in time, we had nearly 60,000 active cases in the State. The decline was due to cooperation from the public. People wore masks, maintained physical distancing and adhered to public health guidelines. However, recently, we are seeing that people do not wear masks when they have food in groups or wear masks when seeing officials or keep the masks in their pockets. These are wrong public health practices,” he said.

This was a pandemic and a vaccine is yet to come, he said, stressing the need to complying with wearing masks.

“In Chengalpattu district, the number of cases has gradually reduced from 400 to a daily average of 75 and below. We need to bring this to zero. One person can spread the infection to 100 persons. For instance, the infection spread to many persons at the mess of IIT Madras and have reduced now. This is why we are carrying out the mask campaign. Wearing masks is mandatory in any place where more than 20 persons come together,” he said. 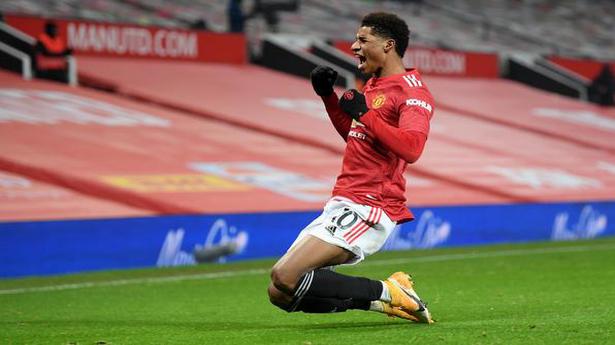