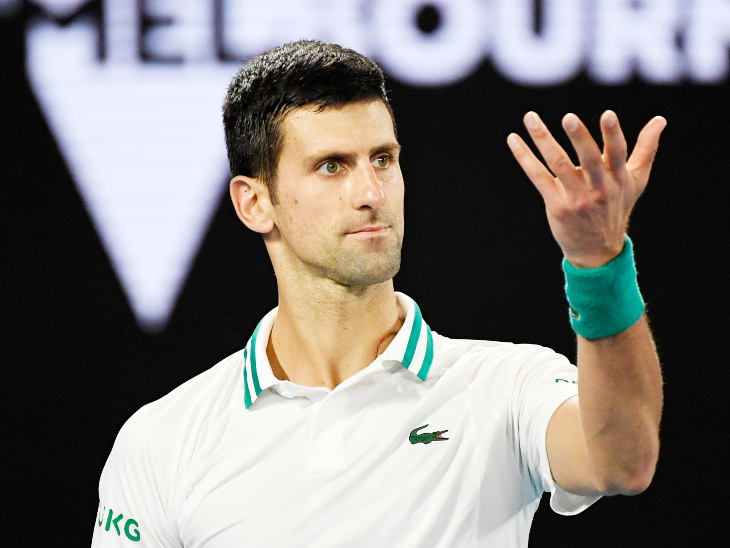 Djokovic won the Australian Open the most 9 times
Djokovic has played the Australian Open tournament a total of 17 times so far. Of which he has become the champion most times. This was followed by Roger Federer and Roy Emmerson 6-6 times, and Andre Agassi, Jack Crawford and Ken Roswell 4-4 times.

Djokovic won 90% of matches at Australian Open
Djokovic holds a 90% winning record in this Grand Slam. He has played 83 matches in this tournament so far. Out of this, he has won 75 and lost 8 matches. He last lost in consecutive sets to H Chung in 2018. ISL-2020: Roy Krishna scored a goal in ATI Mohan Bagan by a 1-0 win over Orissa FC in injury time ISL 2020: Match draw between SC East Bengal and Jameshpur FC; Bengal got the first point in the tournament