The Enforcement Directorate has moved the Supreme Court against the Kerala High Court’s decision to grant bail to M. Sivasankar, former Principal Secretary to Kerala Chief Minister, in connection with the gold smuggling case.

The Enforcement Directorate (ED) said Mr. Sivasankar was influential and his release would hamper the investigation into the case. The ED is probing the money laundering angle.

Mr. Sivasankar was arrested on October 28 after his anticipatory bail petition was rejected by the Kerala High Court. His custody by the ED has been extended thrice in the past.

The case pertains to the smuggling of gold through diplomatic channels in Kerala. It had come to light after 30 kg of gold worth ₹14.82 crore smuggled in a consignment camouflaged as diplomatic baggage was busted by the Customs in Thiruvananthapuram on July 5, 2019.

The ED, the National Investigation Agency and the Customs Department are all probing the case.

Kannur to have 1,279 additional poll booths 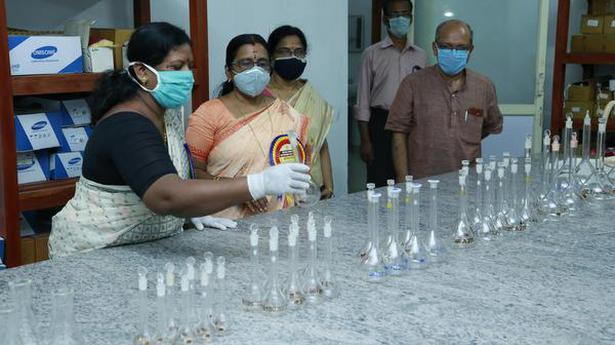 COVID positive citizens to get time to vote