Daryl Mitchell hit a sublime 190 as New Zealand amassed 553 before England started to fight back on a free-scoring second day of the second Test at Trent Bridge.

Taking advantage of a docile pitch and lacklustre England bowling, Mitchell pummelled his way to his highest Test score.

Tom Blundell joined the run spree with 106 in a 236-run fifth wicket partnership with Mitchell.

New Zealand Test debutant Michael Bracewell scoring a brisk 49 as New Zealand took control in their bid to level the three-Test series after losing the opener at Lord’s by five wickets.

After quickly losing Zak Crawley in their reply, England recovered impressively as Ollie Pope (51 not out) and Alex Lees (34 not out) led them to 90-1 at the close.

It was Mitchell’s day as the journeyman with little Test pedigree, until this series, continued to seize his chance.

Six years ago, Mitchell had a season playing for Blackpool in the Northern Premier League and scored just two centuries.

The 31-year-old batsman arrived in England with just one Test hundred to his name since his 2019 debut, but now he has three following his 108 at Lord’s.

Mitchell’s latest century came in 318 balls, including 23 fours and four sixes, with England dropping him for the second time in the match just after he reached his ton.

New Zealand showed why they are the Test world champions, ruthlessly pressing home their advantage after scoring 318-4 on Friday.

Anderson’s faith proved misguided as England gave a sloppy display just as bad as Friday’s, which including three dropped catches and another close call that eluded two slip fielders.

Mitchell, who scored 81 on Friday after being dropped by Joe Root on three, moved within touching distance of his ton after pulling a short Anderson delivery for a crunching four.

Having survived an lbw appeal from Matthew Potts, Mitchell brought up his century with a fortuitous edge off the England seamer.

If that was an ungainly way to reach the hundred, it was out of character with the rest of Mitchell’s classy innings.

As he did on Friday, Mitchell went on the offensive against spinner Jack Leach but, on 104, he rode his luck with a lofty blow that was dropped by Potts as it trickled to the boundary.

Blundell nudged a single off Leach to reach his third Test century from 191 balls, but he was dismissed when he drove Leach to Stokes at mid-off.

Bracewell showed no signs of stage fright as he repeatedly battered Potts to the boundary before rain provided a merciful break for England.

When play resumed, Anderson induced an edge from Bracewell and Root made the catch, ending the 91-run sixth wicket partnership.

That exposed the New Zealand tail and Stuart Broad dismissed Kyle Jamieson (14) and Tim Southee (4) in the same over.

Trent Boult added some lusty blows in a pesky last-wicket stand of 33 before Mitchell was caught behind off Potts.

New Zealand’s mammoth total was their highest ever score in England, beating their 551-9 declared in 1973.

Boult produced a beautiful piece of seam bowling that left Crawley in two minds as it clipped the edge and was caught behind by Blundell to leave England 6-1.

The fielding woes that tormented England haunted New Zealand as well when Lees, on 12, was dropped in the slips by Mitchell off Southee.

Pope settled England’s nerves with an assault on Matt Henry that included two sumptuous fours and a top-edged six.

Mitchell had benefitted from England’s drops, but he was returning the favour, putting down Pope on 37 from an edge off Boult. 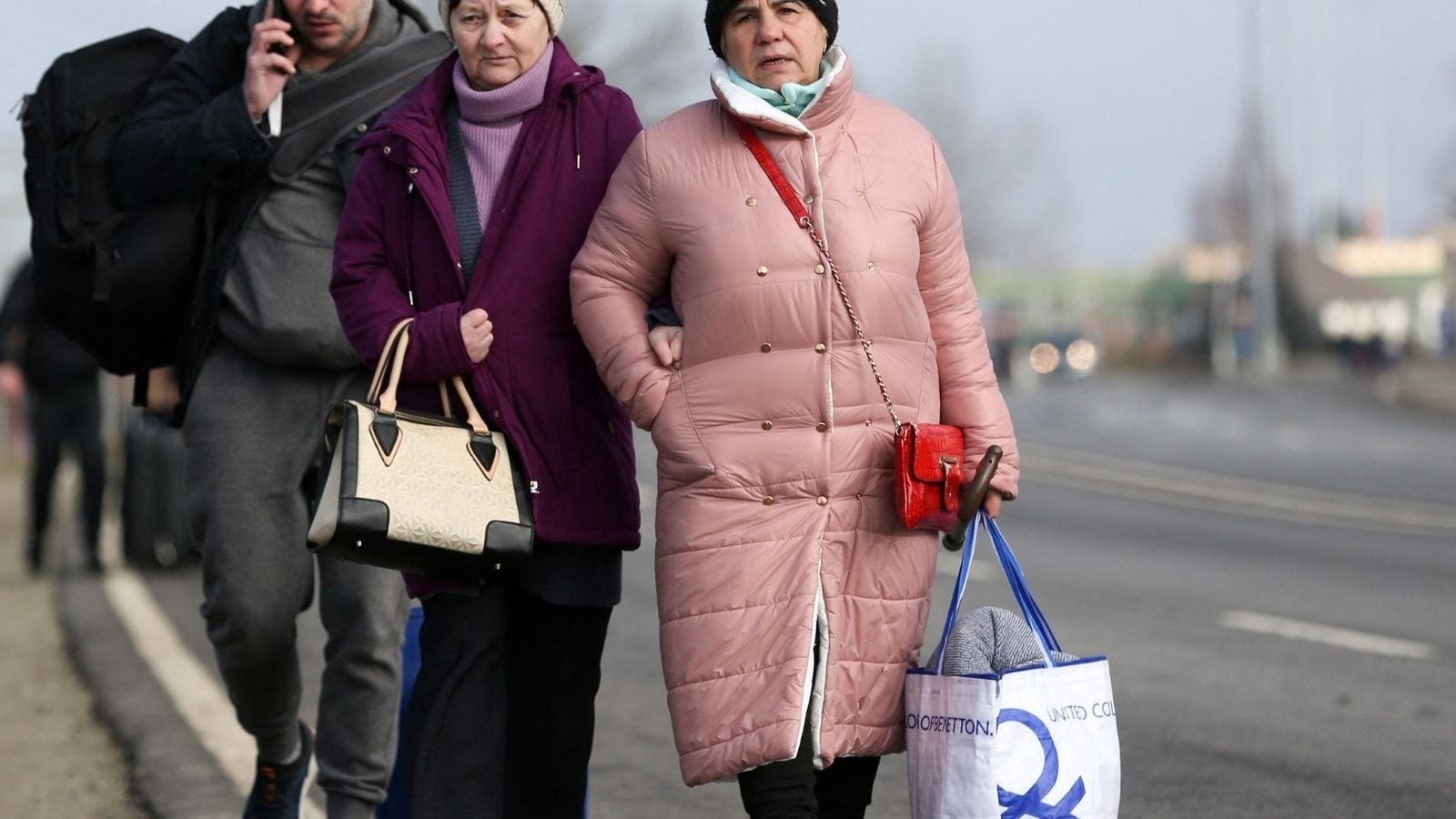 Ukrainians In, Russians Out: Families Stranded at US Border as Authorities Mete Out ‘Differential Treatment’