The State government has asked the Nalgonda district collector to take up enjoyment survey of 3,495 acre land in five villages of Tirumalagiri Sagar tanda of the district.

The draft list of enjoyment survey would be published in the five villages – Nellikal, Chintalapalem, Tunikinootala, Jammanna Kota, and Yellapuram (Sunkishala tanda) – for receiving objections if any. Thereafter, pattas and pattadar passbooks would be issued to all eligible landholders.

The development follows the assurance given by Chief Minister K. Chandrasekhar Rao on resolution of long pending land issues relating to the five villages during his tour of Nalgonda district on Wednesday. On the instructions of the Chief Minister, Energy Minister G. Jagdishwar Reddy and Chief Secretary Somesh Kumar convened a meeting of senior officials here.

The meeting decided to complete the entire exercise within a week. The process would benefit about 1,700 farmers enabling them to get their pattadar passbooks over the landholdings. This would also entitle them to get benefits under the Rythu Bandhu and Rythu Bima schemes. 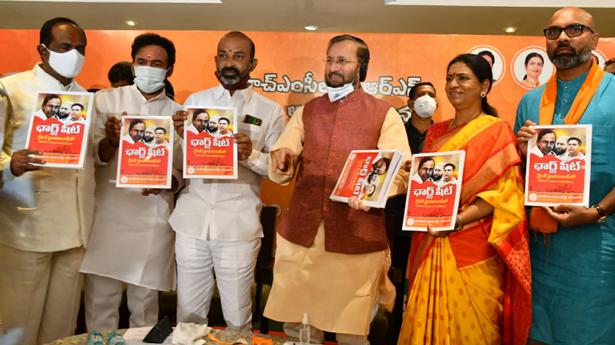 GHMC polls | A vote for TRS is a vote for AIMIM: Prakash Javadekar