Senior BJP leader and Rural Development and Panchayat Raj Minister K.S. Eshwarappa on Thursday took on the seers who had publicly warned that the BJP would bite the dust if Chief Minister B.S. Yediyurappa was replaced.

“It was MLAs from Lingayat community who were launching an offensive against Mr. Yediyurappa. Why did the seers not advise their community MLAs to mend fences then?” he asked, speaking to reporters.

Mr. Eshwarappa also expressed happiness over the Chief Minister’s statement that he would abide by whatever decision was taken by the party high command over leadership change.

“Since the time of the party having only four MLAs to a position of occupying the chief ministerial post now, he has abided by the decision of the party high command,” Mr. Eshwarappa said.

“What is happening with Mr. Yediyurappa is an internal issue of the BJP. Religious mutts have nothing to do with it. Why are the seers who have renounced worldly affairs saying that the BJP will be destroyed if Mr. Yediyurappa is replaced?” the former Minister told The Hindu on the phone from Delhi. “By doing so, the mutts are actually insulting the devotees.”

Mr. Rayaraddi, also a Lingayat, said, “The religious mutts are not there for the BJP alone. If so, which mutt should Congress workers or leaders go to? What is unfolding is a bad culture.”

Taking objection to his party colleagues and former Ministers M.B. Patil and Shamanur Shivashankarappa coming in support of Mr. Yediyurappa, he said, “They should not interfere in the internal politics of the BJP. They may have said it emotionally, they should not have said it. They are the assets of the Congress. I urge them to withdraw their statements.”

However, show of strength by seers continued on Thursday too, with around 250 of them from Mysuru and Chamarajanagar districts meeting Mr. Yediyurappa to express their support to him. But other seers, who had earlier sharply reacted to the speculation of leadership change, appeared to have mellowed their stand. 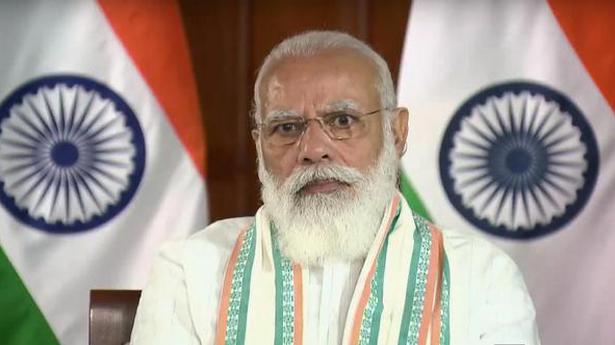 Gram panchayat elections: BJP ahead of Congress, JD(S) in Yadgir