The idea of establishing a bad bank is good for the Indian economy as it will certainly improve the health of the banking sector, said noted economist K. Sreerama Murty.

At a seminar on ‘Review of the Budget-2021’, organised by the Public Relations Society of India (PRSI), Visakhapatnam chapter, here on Wednesday, Prof. Sreerama Murty said the idea of setting up a bad bank to resolve the mounting problem of non-performing assets (NPAs) was the need of the hour. With commercial banks set to witness a spike in NPAs in the wake of the contraction in the economy as a result of the COVID-19 pandemic, Reserve Bank of India (RBI) Governor Shaktikanta Das had agreed to look into the proposal for the creation of a bad bank, Mr. Murthy added.

He said that countries like the US, Finland, Germany and Sweden have successfully experimented with bad asset resolution through a bad bank and India could draw from this international experience.He hoped that India’s economy would achieve the expected growth rate in the next four to five years because of the decisions taken by Union Finance Minister Nirmala Sitharaman. He explained how the present budget helpful to different sectors in near future. PRSI vice president (south) U.S. Sarma, Visakhapatnam chapter chairman P.L.K. Murthy, vice-president R.P. Sharma, secretary M.K.V.L. Narasimham and treasurer N.V. Narasimham participated in the meeting. 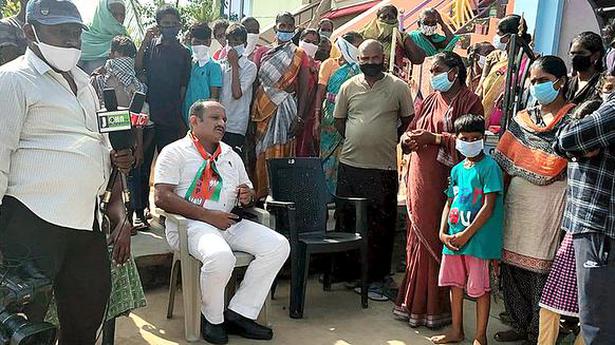