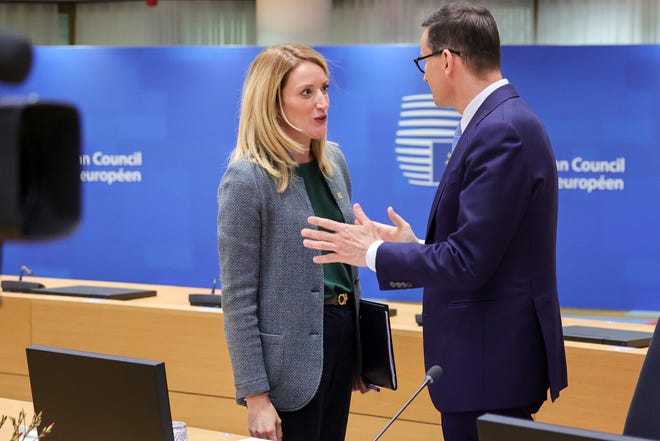 
The European Union is near an agreement on a sixth sanction package that would include an oil embargo against Russia, a top EU official said Monday.

The package has stalled in recent days because of an objection from Hungarian Prime Minister Viktor Orban, who apparently has won an indefinite exemption after repeatedly claiming his nation’s economy would shatter without Russian oil. All 27 EU countries must agree for the package to win approval.

Charles Michel, president of the European Council, said Monday that the “time is now” for the latest sanction plan. “I’m confident that we’ll be able to take a decision all together united,” Michel said. “We made progress the recent hours.”

The New York Times said the embargo was in a draft agreement leaders were set to adopt Monday. The Times said the measure will ban all Russian oil transported to the European Union by tankers – but permit crude arriving by pipeline. That would still outright ban two-thirds of all oil imported into the bloc from Russia, based on a draft seen by the Times.

Orban, arriving in Brussels on Monday for a two-day summit, said he would back the embargo if it allowed for pipeline oil. That, he said, would avoid “dropping a nuclear bomb” on his nation’s economy. Hungary relies on Russia for more than 60% of its oil and 85% of its natural gas.

European Commission President Ursula von der Leyen expressed doubt that an agreement would be reached at the summit. “My expectations are low that it will be solved in the next 48 hours,” she said.

►French journalist Frédéric Leclerc-Imhoff was killed Monday in Ukraine while trying to show the “reality of the war,” French President Emmanuel Macron announced. Macron said Leclerc-Imhoff was on a humanitarian bus alongside civilians forced to flee to escape Russian bombs near Sievierodonetsk, a key city in the Donbas region.

USA TODAY ON TELEGRAM: Join our Russia-Ukraine war channel to receive updates straight to your phone

The U.S. has no plans to send rocket systems to Ukraine that are capable of striking into Russia, President Joe Biden said Monday. Ukrainian officials have been asking for longer-range systems including the Multiple Launch Rocket System that has a range of hundreds of miles. The administration is working out details on a new weapons package.

“Otherwise, if our cities come under attack, the Russian armed forces would fulfill (their) threat and strike the centers where such criminal decisions are made,” Medvedev said, adding that, “some of them aren’t in Kyiv.”

Russia has likely suffered devastating losses among its mid and junior ranking officers, the British Defense Ministry said in it latest assessment of the war. The assessment says brigade and battalion commanders probably deploy forward into harm’s way because they are held to an uncompromising level of responsibility for their units’ performance. The loss of a large proportion of the younger generation of professional officers will likely “exacerbate its ongoing problems” in modernizing command and control.

“With multiple credible reports of localized mutinies amongst Russia’s forces in Ukraine, a lack of experienced and credible platoon and company commanders is likely to result (in) a further decrease in morale and continued poor discipline,” the assessment says.

Russians banned from some sports but not National Hockey League

The National Hockey League postseason features Russians starring to big applause in arenas across the U.S. and Canada, even as Russians in sports from soccer to tennis have been banned. A total of 56 Russians skated in the NHL during the regular season, roughly 5% of the total number of players, and 29 have taken part in the playoffs, just under 8%. Russian players have said little about Russian leader Vladimir Putin’s “special military operation” in Ukraine.

“Everybody’s doing the best they can under incredibly trying circumstances,” Commissioner Gary Bettman told The Associated Press. “Our players play for their NHL teams, no matter where they’re from.” Read more here. 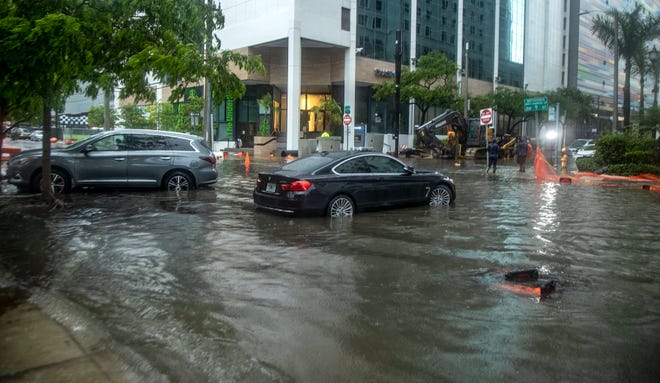