The city stretch of the Tiruchi-Pudukottai Highway, between Subramaniapuram near TVS Tollgate and Mathur, a distance about 10 km, would be soon be widened into a four-lane highway.

The State Highways (NH Wing) on Monday began a massive eviction drive to clear encroachments on both sides of the road stretch. The eviction drive, carried out under the supervision of the senior Highways officials and with heavy police protection, is likely to continue on Tuesday too.

The National Highways Authority of India had already taken up work on widening and strengthening the Tiruchi-Pudukottai-Karaikudi NH beyond Mathur, the State Highways has now taken up work on the city stretch of the highway. The stretch is an arterial road in the city as it leads to the Tiruchi International Airport.

According to sources in the Highways, the road stretch is to be widened and made into a four-lane highway at an estimated cost of about ₹68 crore. Stormwater drains would be built on both sides of the road. Work on the project is expected to begin shortly and hence the Highways Department (NH wing) had taken up the eviction drive.

Utility lines such as electricity lines are also to be shifted soon. Already trees on the roads have been cut to facilitate the widening. A senior official said that the department would plant adequate number of tree saplings, once the road was widened, to compensate for the loss of green cover. He indicated that the project would be completed within the next six to seven months. 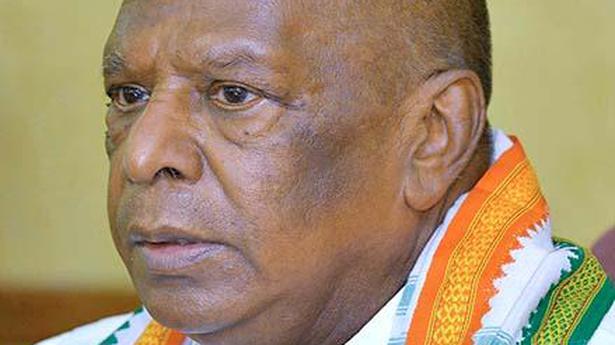