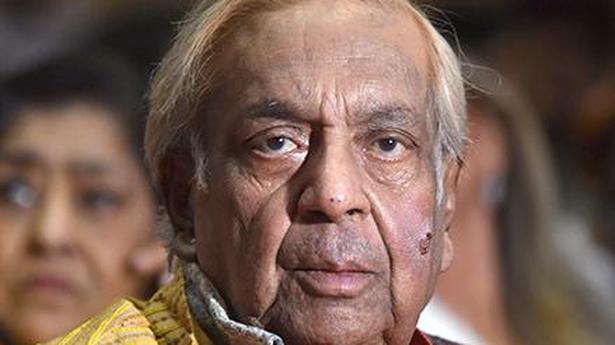 
Several eminent artists who have been asked to vacate the houses allotted to them by the government in Lutyens’ and South Delhi by December 31 say the decision was sudden and inhumane during the ongoing COVID-19 pandemic.

Kathak dancer Birju Maharaj, who was first allotted a house in 1978, said it came as a surprise to him that the allotment had been cancelled. The Padma Vibhushan recipient told The Hindu that he would “return all the awards” if he is evicted from the Shahjahan Road house allotted to him. He added that the artists had served the country over the years and were now being evicted in their old age.

Under the artists pool, the Union Housing and Urban Affairs Ministry, through the Directorate of Estates, and on the recommendation of the Culture Ministry, allots houses to eminent artists. Initially allotted for a period of three years, the artists were given extensions over the years. The last extension expired in 2014. The houses had been allotted to those with monthly income of less than ₹20,000 and between the ages of 40 and 60.

On November 8, the Cabinet Committee on Accommodation decided to regularise the allotment and waive off the damage charges from 2014 till September 30, 2020 and ask the artists to vacate by December 31, The Hindu reported on November 13. Eviction notices had been sent by the DoE in October, according to the artists and government sources.

Kuchipudi dancer Guru Jayarama Rao, who has been staying at the Asian Games Village house allotted to him since 1987, said the artists had struggled over the years, taught students and made a name for the country.

“We are able to work because of the house. But, every few years, they sent us a notice. There should be a policy,” he said.

His wife and fellow dancer, Vanashree Rao, added that there had been no written policy shared with artists since 2008. She said the artists were “not squatters,” and had been paying the licence fees due to the DoE regularly over the years. “We feel that the government should be able to take care of 20 artists. We really don’t have any other home in Delhi. They should deal with us like people, not files in the government,” she said.

Sunil Kothari, a Padma Shri awardee and dance historian, said the artists had written to Prime Minister Narendra Modi, Culture Minister Prahlad Singh Patel and officials of the Culture Ministry, but had not received a reply yet.

“The last extension ended in 2014 and for six years, they never told us anything … There is no policy,” he said.

The 88-year-old, who was allotted a house in the Asian Games Village in 2003, said the government should take a “compassionate view” and that he was hopeful that Mr. Modi would intervene.

Another one of the artists, singer Wasifuddin Dagar said the extensions had always been delayed in the past.

“If an artist is not at ease, how can he sing or dance,” he said.

Bharti Shivaji, a Mohiniyattom dancer who said she lives with her 97-year-old mother at the government-allotted house in Asian Games Village, said it was “inhumane” of the government to send eviction notices during the pandemic.

“We will be completely stranded. Is this the time, in the pandemic, and without any notice for the government to do this,” she asked. 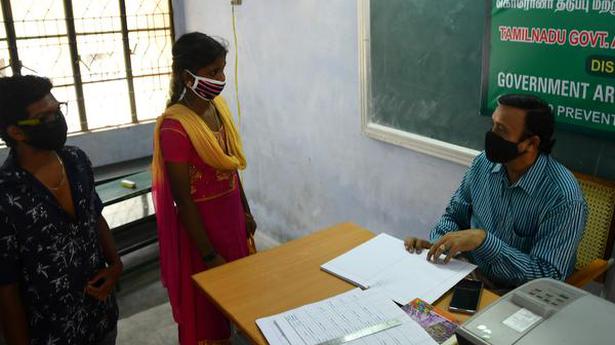 Poor response to single-window counselling for admission to govt. colleges